Smolyar withdraws from FIA F3 amid restrictions on Russian drivers

FIA Formula 3 driver Alexander Smolyar says he will not drive in the series this year after conditions were imposed on Russian drivers following the country’s invasion of Ukraine.

The MP Motorsport driver said on Thursday that he would not compete after his main sponsor, SMP Racing, ended its European program.

The FIA had said that Russian drivers would only be allowed to compete under a neutral flag and banned them from displaying their flag both in public and on social media.

All sanctioned competitions in Russia and Belarus were also cancelled, with Formula 1 ending its contract with the Sochi Grand Prix promoters.

In a statement on Thursday, Smolyar wrote: “I will not compete in FIA F3 and any international racing series this year.

“I stand with the decision of SMP Racing to stop its European program as a result of an unprecedented requirements that FIA put on any Russian driver as a condition for access to international competitions.

“From the bottom of my heart, thank you for your support in these difficult times.”

Smolyar drove for ART Grand Prix in 2021, finishing sixth in the drivers’ standings, and had been set for a move to Dutch outfit MP Motorsport for the 2022 season. 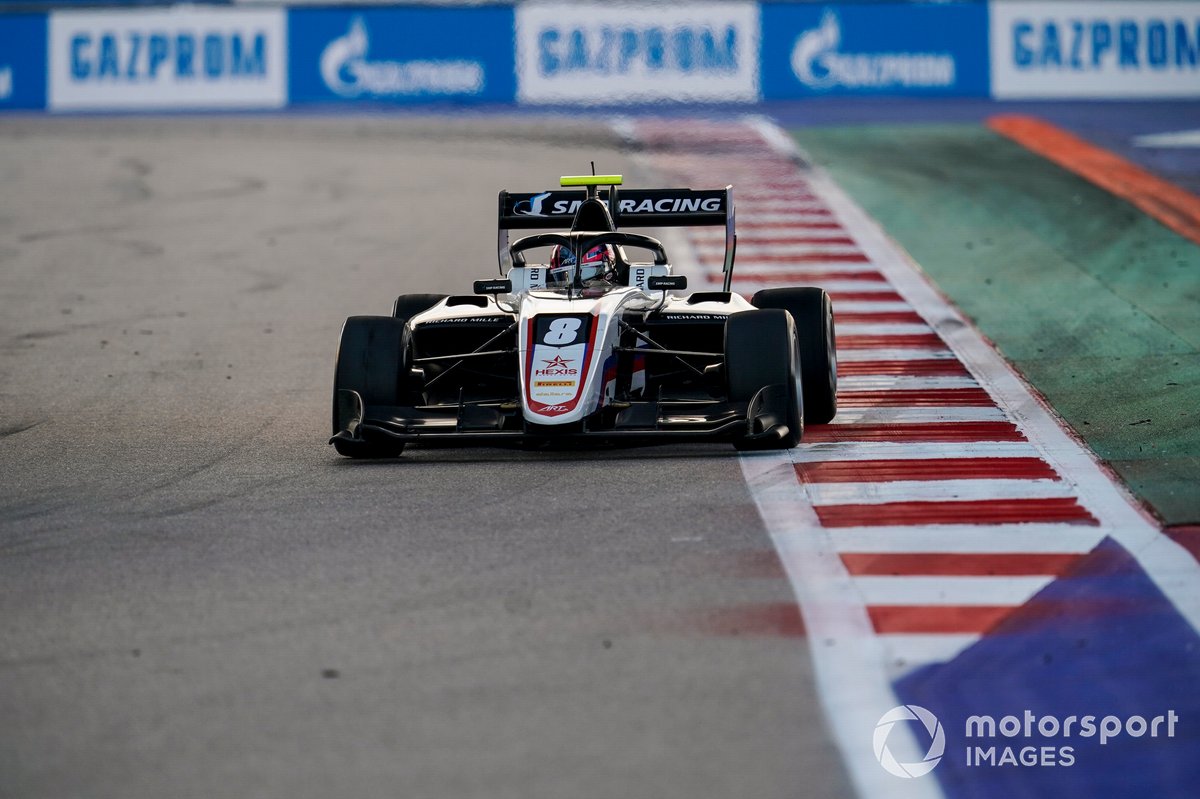 Motorsport UK announced last week that Russian teams and drivers would not be allowed to take part in events in Britain, with other countries including Germany taking a similar stand.

SMP Racing was founded by Boris Rotenberg, founder of the SMP Bank of Russia, in 2013.

Sanctions against Rotenberg were announced by the UK Government on 23 February, with the move also affecting his nephew Igor.

The pair had their assets frozen and they faced a UK travel ban as “very high net worth individuals.”

The management company also supported W Series driver Irina Sidorkova, who attended the series’ pre-season test in Barcelona but did not participate.

Former Formula 1 driver Nikita Mazepin and his father Dmitry were also added to a list of individuals facing European Union sanctions on Wednesday.

The FIA stated last week, in its implementation of restrictions on Russian and Belarusian drivers, that it "continues to carefully monitor the events in Ukraine and reserves the right to take any further actions or implement further measures in the future, including any necessary actions required to comply with its obligations under any applicable sanctions regime and/or any contracts to which the FIA is a party.”

Bahrain F3: Stanek tops practice ahead of Saucy and Leclerc

Alexander Smolyar cruised to a lights-to-flag feature race victory at the Hungaroring ahead of Zane Maloney, as Zak O'Sullivan and Juan Manuel Correa produced late charges on slick tyres.

Caio Collet took his maiden FIA Formula 3 win in a dramatic damp race at the Hungaroring.

Alexander Smolyar took his first FIA Formula 3 pole of the season in Hungary after many of the front runners failed to make it across the line for their final lap.

Isack Hadjar sealed his third FIA Formula 3 win of the season in Sunday’s feature race with a lights-to-flag win at a wet Red Bull Ring.