The GP3 Series' trip to Hockenheim was particularly atypical. In the first race, the weather conditions played the leading role, and in the second, two long interventions by the safety car did not enable the drivers to do more than two laps effectively.

In Saturday's race, the Ocean Racing Technology races showed themselves to be extremely competitive, and they were on track to sign excellent results, until the first of their problems got in the way.

Rain came to Hockenheim just a few minutes before the start of the race, which complicated tire selection. Kevin Ceccon was seventh on the starting grid and third on the finish line, but he was sanctioned with a penalty after the race because his tires were not mounted on his car three minutes before the start of the race. The crew went over the allotted time by 7 seconds, and Kevin Ceccon was relegated to 17th place in the end. 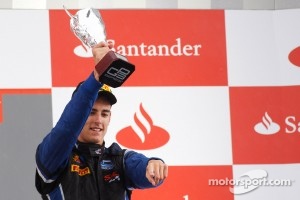 Robert Cregan was close to securing his first points of the season, and crossed the finish line in eleventh place following a singularly difficult race, which still enabled the Irish driver to demonstrate the extent of his progress since the start of the season. Carmen Jorda finished the race in 20th place.

In the second race, two accidents forced the intervention of the safety car, which stayed on the track for almost the entire race. Robert Cregan was involved in the first collision, when a competitor hit him from behind and ripped off part of his wing. The Irish driver was forced to retire from the race. 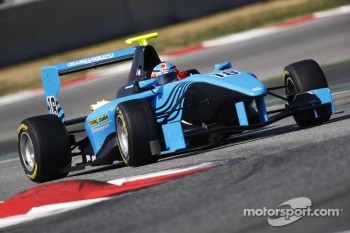 During the same incident, and although he was not directly involved, Kevin Ceccon spun around trying to avoid the accident. He lost several positions and finished in 15th place. Carmen Jorda was forced to retire due to a problem on her front left wheel.

Kevin Ceccon declared, "I was very happy to be climbing the podium, then the penalty came down and I was very disappointed, the crew was too. Despite everything, we showed that we can fight for the podium and that is the most important and most motivating thing for what comes next. In the second race, I took the start in 17th position, but the safety car stayed on the track almost the whole race and it was impossible to do better."

Robert Cregan was totally satisfied with eleventh place in the first race. "It was a crazy race. Luckily, we made the right tire choice, opting for rain tires. At one time I was in eighth, but I lost a few places toward the end. In the second race, I wanted to get in the points by starting from 11th position, but I was caught in a pile-up and my race ended there," the Irish driver declared.

Carmen Jorda, the Portuguese team's sole female driver, had a peaceful first race, "Despite the difficult conditions, I was able to prove myself and gain experience. In the second race, I made an error and shunted. A problem with the front left wheel kept me from continuing. I am continuing my development process, and that's important."