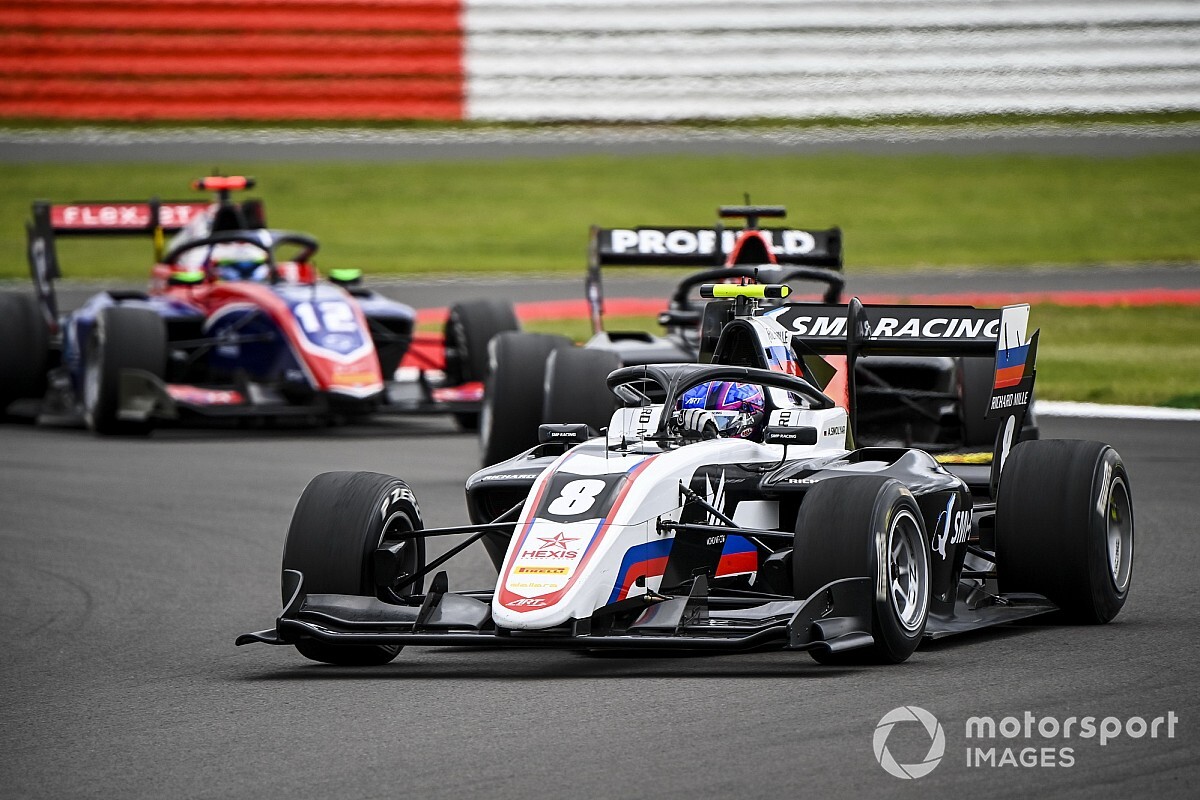 Having finished 10th in Saturday’s opener, SMP Racing protege Smolyar started from reverse-grid pole and made a strong start to maintain the lead ahead of fellow front-row starter Beckmann and third-placed Clement Novalak.

Smolyar managed to break away from his pursuers by one second in the early laps but Beckmann had clawed his way back into DRS range when the safety car was called on lap five of 20 to retrieve Igor Fraga’s stricken Charouz-run car.

At the restart on lap nine, Smolyar maintained control but was unable to shake Beckmann this time, although the German never got close enough to attempt a move.

The closest Trident driver Beckmann got came on lap 15 at Stowe, but Smolyar hung on – albeit later receiving a ticking off from his engineer for weaving along the Hangar Straight, something that was subsequently noted by the stewards.

Smolyar hung on for the remain laps to win by 0.740s to become the sixth different winner of the 2020 season, while Carlin driver Novalak took his second podium of the year in third.

The remaining Prema car of Piastri dropped down the order when the Australian was forced into the gravel at Luffield by ART driver Theo Pourchaire on lap two, and the points leader was later forced to pit and retire when his DRS became stuck open.

It means nearest rival Sargeant, who also picked up two bonus points for fastest lap, closes to within 18 points of Piastri at the head of the standings.

Sebastian Fernandez (ART) lost the chance to fight for a podium finish after he suffered a problem on the formation lap that caused him to drop down the order.

The Spanish-Venezuelan driver picked up a 10-second stop-and-go penalty for having failed to get back into his grid position of fourth by the time the pack arrived at the safety car line before the start, and he eventually finished down in 22nd.