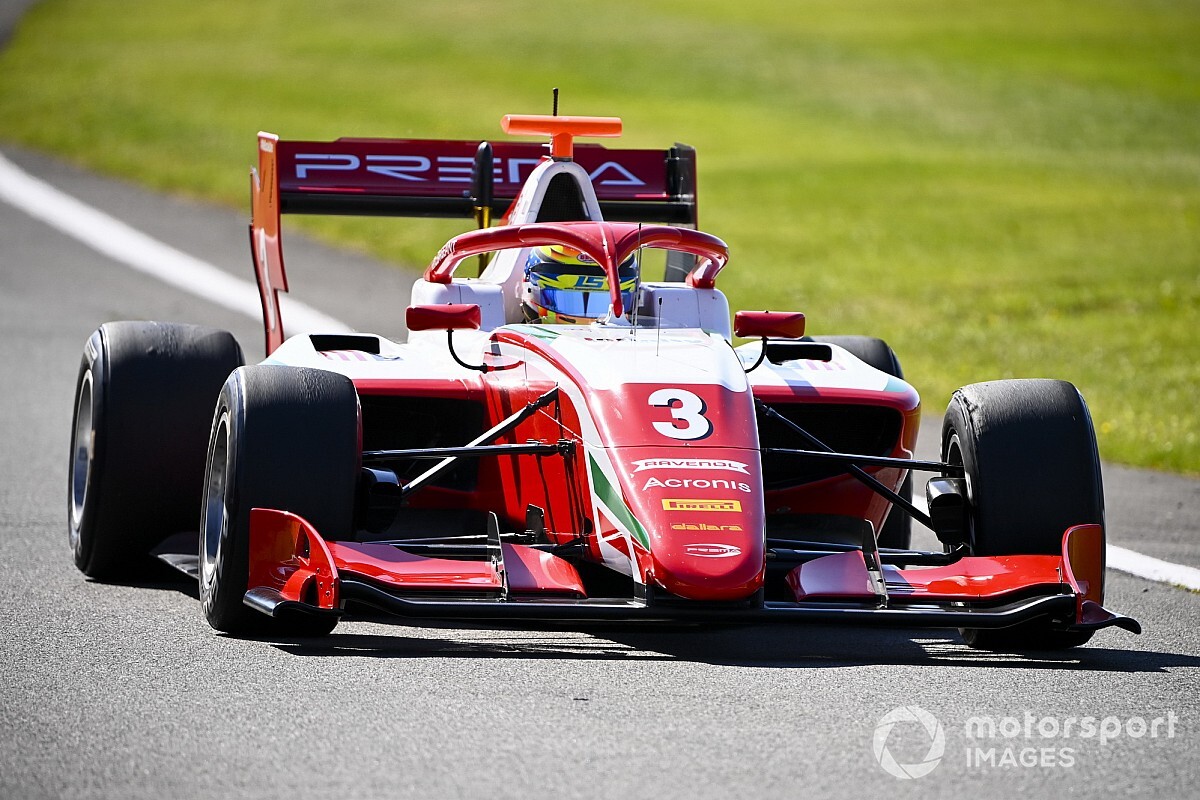 Prema Racing's Logan Sargeant scored his first FIA Formula 3 pole after edging out Red Bull junior Liam Lawson in qualifying at Silverstone by less than a tenth of a second.

American driver Sargeant appeared strong in the opening runs as he posted a benchmark of 1m46.629s to head up an all-Prema top three ahead of teammates Oscar Piastri and Frederik Vesti halfway through the 30-minute pole shootout.

As the second runs kicked off, Hitech driver Lawson grabbed the advantage with three minutes to go with a lap of 1m46.508s, but the New Zealander was soon surpassed by fellow Antipodean Piastri's 1m46.383s effort.

Lawson managed to find some extra time on his last lap as he retook provisional pole with a 1m46.315s as the chequered flag fell, but moments later Sargeant managed to improve to a 1m46.257s to grab the top spot.

Points leader and Renault junior Piastri had to be content with third in the end, just 0.126s shy of teammate Sargeant.

Lawson's Hitech teammate Max Fewtrell, who languishes down in 16th in the points after a tough start to the year, was fourth-fastest ahead of Vesti in the third Prema entry.

Ben Barnicoat, a last-minute replacement for Enaam Ahmed at Carlin, was 20th fastest in his first single-seater qualifying session since his 2016 European F3 campaign.