Logan Sargeant has lost his FIA Formula 3 podium from this morning’s sprint race in Austria, dropping from third to P15, as ten other drivers were also handed penalties.

Both the Charouz Racing System driver, who finished in third, and second placed Olli Caldwell (Prema) were handed five second penalties for leaving the track at Turn 9 and Turn 10 four times without justifiable reason.

Caldwell keeps his place, but Sargeant drops out of the points after the time is added.

Victor Martins (MP Motorsport) received the same penalty for the same reason, dropping him from fourth to fifth in the final classification.

Ayuma Iwasa was disqualified after failing to come into the pits after receiving a black and orange flag and carried on to finish the race in ninth place. 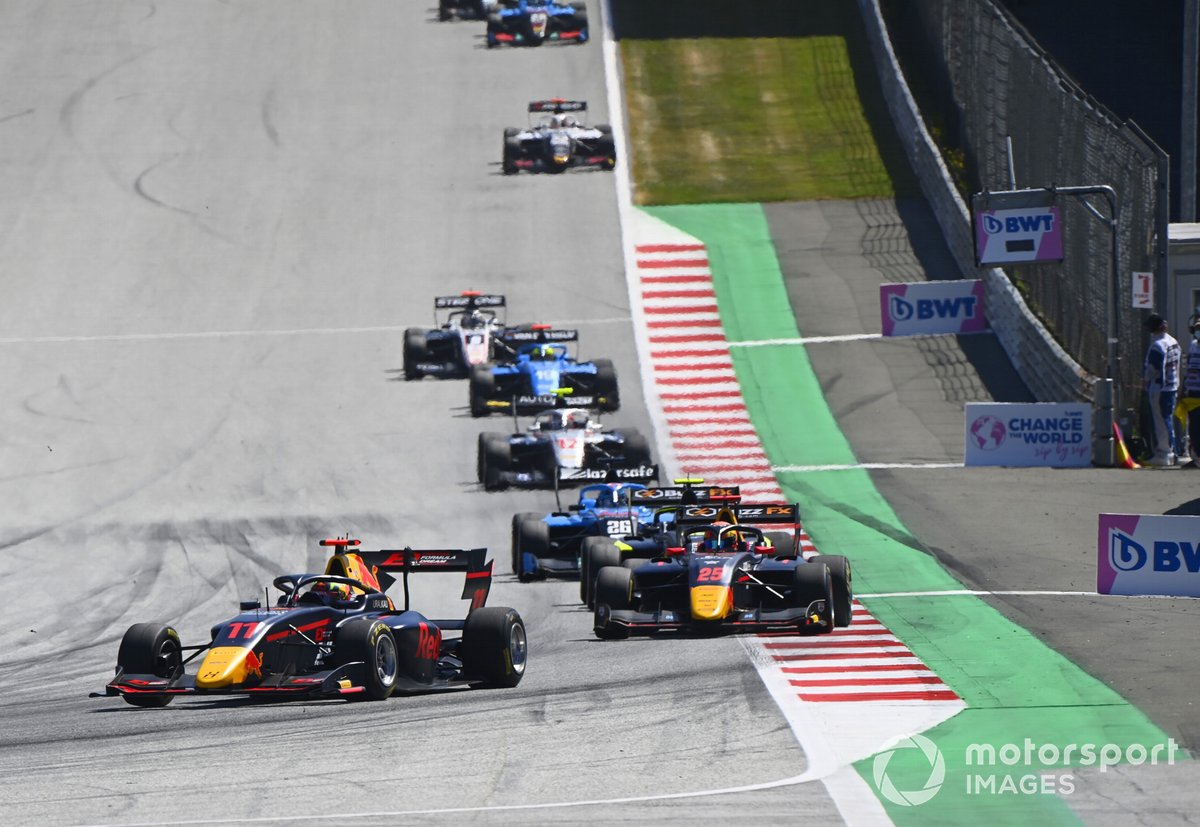 In a statement, F3 said that during the hearing, Hitech Grand Prix’s representative stated that they had an issue with the onboard camera since qualifying and were informed (after qualifying) that the issue should have been resolved during Race 1.

After being shown the black and orange flag, the team tried to contact the Race Director to discuss the necessity of the flag. Communication was not possible due to further technical issues.

But the Stewards said complying with flag signals is imperative and noted that the decision to ignore the black and orange flag was fully a team decision and did not result from the negligence of Iwasa.

They agreed that the issuing of penalty points would not be justifiable and fair. Iwasa will start Race 2 in P29.

The latter had earlier received the same time penalty for doing the same thing to Crawford. The American rookie had finished fifth and Smolyar 10th, but they now classify P8 and P14, respectively.

Matteo Nannini was hit with a 30-second penalty for leaving the track at Turns 9 and Turn 10, nine times. The HWA Racelab driver had finished P9, but has fallen to P23.

Filip Ugran is also amongst the list of drivers to have left the track at the same turns, having done so ten times and receiving a 30-second penalty, dropping him to P24.

Calan Williams (Jenzer Motorsport) was handed a five-second penalty, dropping him to P16, after he made contact with Trident’s David Schumacher at the exit of Turn 4.

The Stewards ruled that Williams was on the inside of the Trident racer at the apex of Turn 4, but he was unable to maintain his line, hitting Schumacher, and was wholly to blame for the collision.

Clement Novalak, who was leading the race, was hit with a three-place grid drop for making contact with HWA Racelab’s Matteo Nannini while the two tussled for the top spot.

The collision resulted in the Italian dropping to P8, while the Frenchman retired.

The Stewards determined that Novalak did not leave sufficient space on the outside while he tried to defend his position at the exit of Turn 4, leading to the two cars making contact.

Novalak was found predominantly to blame for the collision and will start from P30 in Race 2.