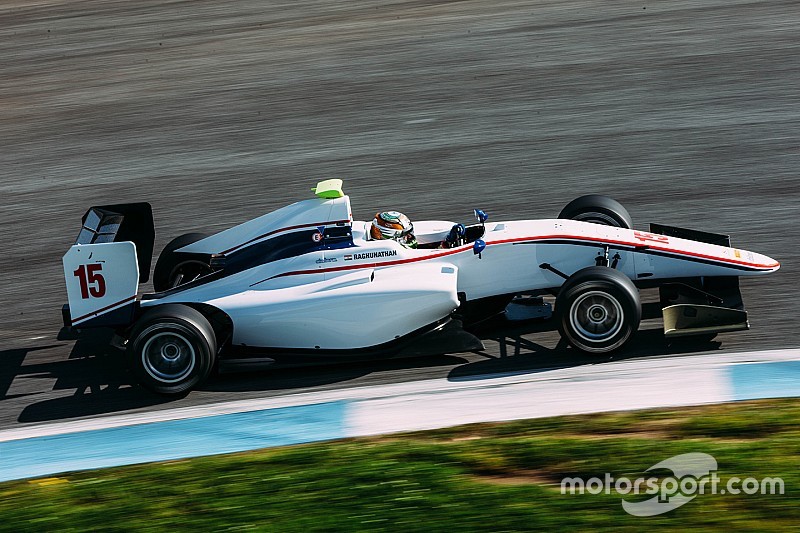 Indian Mahaveer Raghunathan has targeted podium finishes in his maiden season, in the GP3 championship.

The Koiranen GP driver, who becomes the first Indian to race in GP3, is graduating after a season in European F3, where he competed with Motopark.

With an impressive field for the 2016 season, Raghunathan hopes he can close the gap to his rivals and score points, as well as push for podium finishes.

"With 2016 being my rookie year [in GP3], I have lot to learn about the new car and as well the tyre management," said the Indian to Motorsport.com.

"I expect to learn and aim to finish in points and score podiums by the end of the season," he added.

When asked about his long-term goal, Raghunathan revealed, he is looking to compete in GP3 for two years, before taking a step up to GP2.

"I am looking at racing for two years in the GP3 and once I do well, I will take the step up to GP2," he said.

While Raghunathan missed the Barcelona test due to illness, the Indian was happy with his performance in the other test days.

"The testing in Valencia went well. I was only one second away from the best time and hope to catch up," he said.

"I missed the Barcelona testing since I fell ill, but hope to compensate for it by practicing on the simulator.

"Overall I am happy about the testing, but for the fact that testing is limited, as it is for all, I could definitely do with more number of days of testing," he added.

Apart from GP3, the Indian will also be seen racing in the Italian Auto GP series, starting this weekend at Adria Circuit.

Tatiana Calderon: "I don't want to race against girls, just the best!"