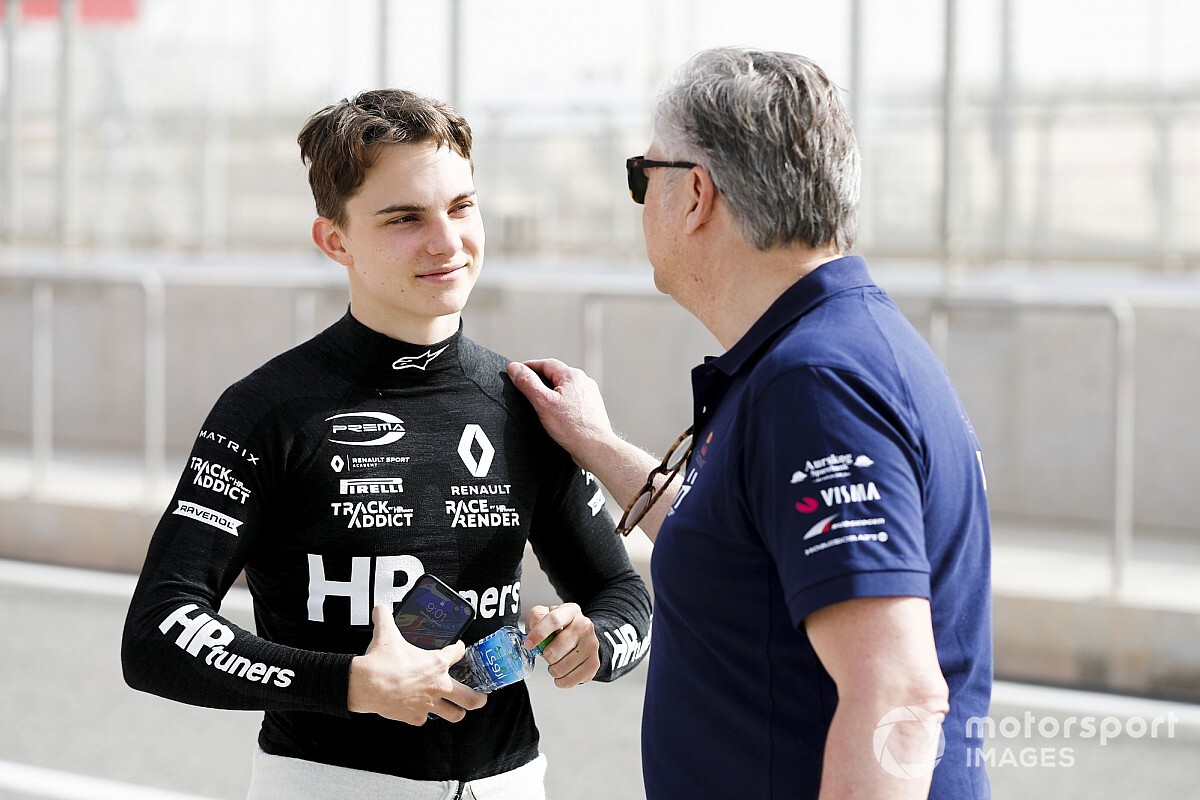 FIA F3 driver Oscar Piastri has been granted an official travel exemption to leave Australia and return to the UK.

The 19-year-old made what was supposed to be a flying visit to his native Melbourne following the pre-season F3 test in Bahrain, only to end up stranded down under as the coronavirus pandemic brought international travel to a standstill.

It's only now, two months later, that Piastri is able to head back to his UK base, after successfully applying for a travel exemption from the Australian government.

He's set to arrive before the UK brings its mandatory 14-day quarantine on June 8, which means he'll be able to immediately kick off preparations for the F3 season opener, currently planned for the first weekend in July.

"I came back for just [the Australian] Grand Prix week, and here I am two months later, finally leaving," said the Prema driver.

"It's been unexpected for everyone, but I've made the most of the time with my family – it's been good.

"It's been the longest stay I've had with my family for the last five years, so it's been good to spend good quality time with my parents and sisters."

The unforeseen stint at home did allow Piastri to get the last of his schooling out of the way, while he kept himself fit and prepared with daily gym and simulator sessions.

"I'm now officially finished with school, so getting [my studies] out of the way before the season started is probably an unexpected bonus from the pandemic for me," he said.

"We've got a gym at home, so I've been training there. I've also been using the race simulator to keep sharp. I've been working hard and having some fun along the way too.

"With no real racing, a lot of the drivers have been jumping onto sim racing, and it's been good to virtually race a few guys I'll be racing this year. Hopefully I can settle a few of the battles on the real racetrack soon.

"We're starting in Austria for what's likely to be back-to-back race weekends, but we don't actually know where the second round is yet, so we've just got to take it one race at a time and, hopefully, have a good start to the year."