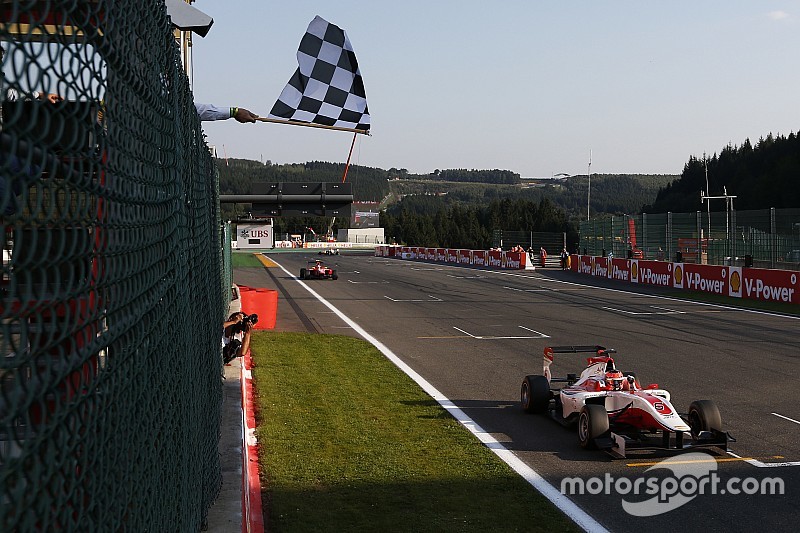 Arden’s Emil Bernstorff has been awarded the victory in the opening GP3 Series round at Spa-Francorchamps, after on-the-road winner Esteban Ocon was handed a post-race penalty.

Race winner Ocon was found to have breached the Virtual Safety Car speed limit at Turns 15-16 which is a breach of Article 41.2 of the GP3 Series Sporting Regulations. The stewards confirmed that the ART Grand Prix driver exceeded the VSC speed limit before the green lights were shown.

Therefore, the Frenchman has lost his race win and dropped to second place.

Other penalties handed out

Seb Morris (Status Grand Prix) has been issued with a five place grid penalty for causing a collision with Pal Varhaug at Turn 5. As this penalty cannot be taken in full, the Brit will start tomorrow's Race 2 from the pitlane.

Matheo Tuscher (Jenzer Motorsport) has been served with a five place grid penalty for causing a collision with Sandy Stuvik at Turn 13. Likewise, since the penalty cannot be taken it it's entirety, the Swiss driver will start tomorrow's race from the pitlane.

Therefore, Eriksson has had a 20-second time penalty added to his elapsed racing time. His original result had been fifth place but he has now dropped to P13.