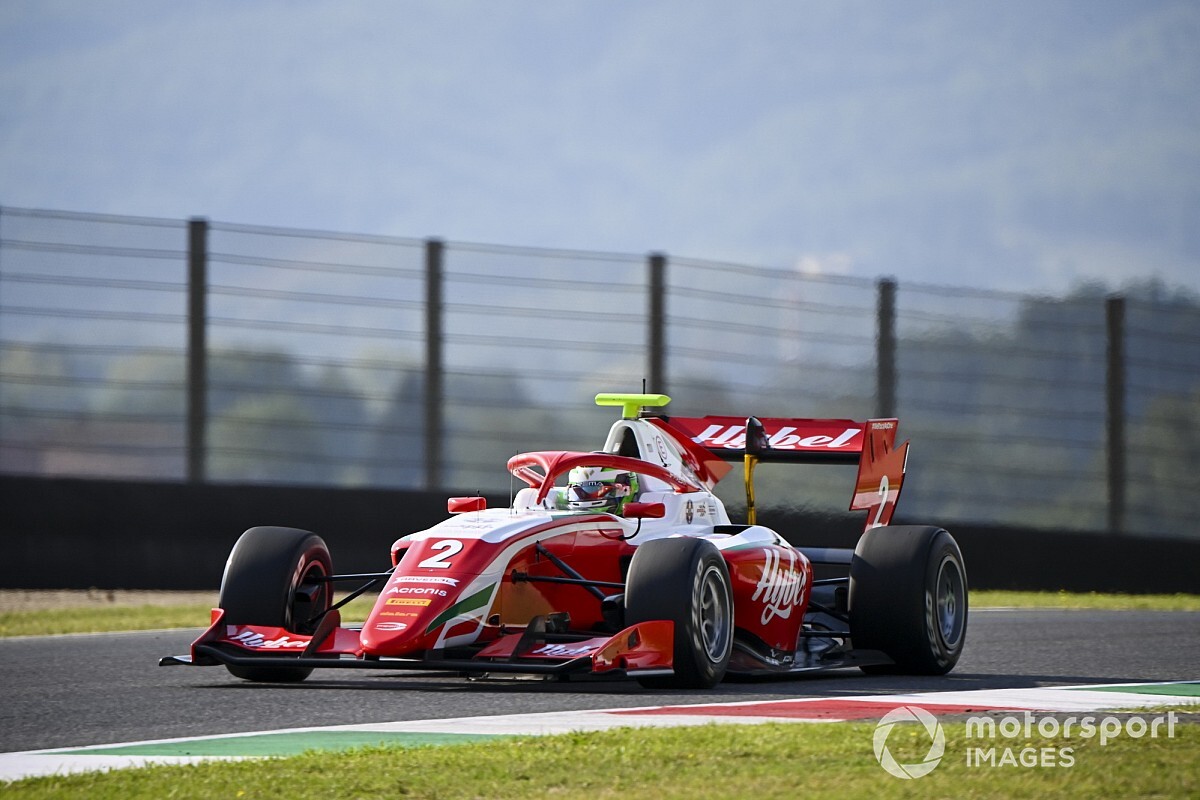 Frederik Vesti romped to his third FIA Formula 3 victory of the season at Mugello after overhauling series veteran Jake Hughes on the final lap of the opening race.

The first half of the opening race of the season-finale was dominated by a battle between polesitter Lirim Zendeli and HWA Racelab’s Jake Hughes.

26-year-old Hughes, who confirmed on Friday that 2020 will mark his fifth and final year at F3 level, lunged down the inside of Zendeli at the San Donato right-hander on the fifth lap.

The duo made minor contact but Zendeli held onto his lead, before losing it to Hughes at the same corner two laps later when Hughes swept all the way around the outside of the Trident driver.

20-year-old Zendeli used his superior straight-line speed to retake the race lead on the very next lap.

Hughes re-passed Zendeli at half distance and vaulted clear as third-place Vesti – one of six drivers in mathematical contention for the title prior to the weekend - closed onto the back of Zendeli.

Reigning Formula Regional European champion Vesti overtook Hughes only to lose the lead on the penultimate lap, once again into the opening corner.

Vesti responded by sticking onto the back of Hughes throughout the remainder of that lap and blitzed past Hughes down the start/finish straight to comfortably ease into the race lead.

Vesti clung onto his lead to claim his third race one victory of the season – more than any other driver this season – by three-tenths of a second.

His title-contending Prema teammates struggled to make much of an impression, but Logan Sargeant was able to draw level with points leader Oscar Piastri ahead of tomorrow’s finale.

Sargeant moved into fourth place from fifth on the grid on the opening lap but lost positions to outside title rival Theo Pourchaire and Ferrari junior Enzo Fittipaldi to fall to sixth place at the chequered flag.

Renault junior Piastri started in 16th place but failed to rise into the points paying positions, instead taking 11th place after making minor contact with multiple drivers on the exit of Turn 1.

Pourchaire passed Zendeli for the final place on the podium of the last lap of the race to remain in title contention, nine points adrift of the Prema duo.

The top 10 was completed by Red Bull junior Liam Lawson, who drops out of the title race along with Vesti and Beckmann.