Maini hopes to continue in GP3 after Silverstone debut 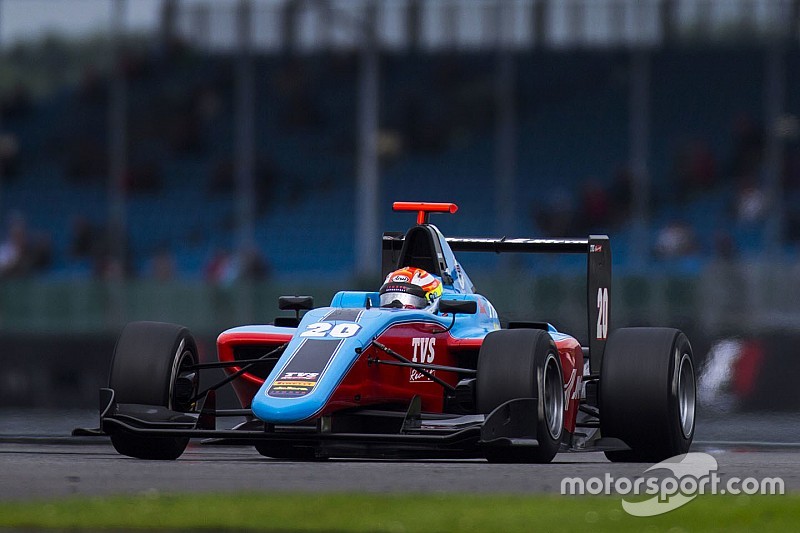 Indian Arjun Maini says he would want to continue in the GP3 championship after a solid run on his debut at Silverstone.

Maini replaced Oscar Tunjo in the Jenzer Motorsport car and claimed a points finish in his first outing, ending up eighth in the feature race.

Having stopped his sophomore European Formula 3 season with T-Sport midway through, Maini now hopes to continue in GP3 for the remainder of the season.

“Judging how the weekend went, I would like to continue in GP3,” he said when asked by Motorsport.com.

“I just [want] to see how I can do next time and, of course, learn from my mistakes and improve.”

Maini added that he is working towards securing a seat for the next GP3 round in Budapest, while also keeping his options open for an F3 return.

“We start the discussion soon [on GP3], hopefully I get a seat for Hungary. I would like to do the rest of the season,” he said.

“And, yes, Macau is something everybody would like to do and we will see, a few F3 rounds maybe towards the end.”

Motorsport.com understands an announcement is due regarding Maini’s association with Indian two-wheeler giant TVS Racing, whose logos were seen on the #20 Jenzer car.

TVS until now has been a major presence in two-wheeler motorsport within India, and has competed in two Dakar rallies, partnering Sherco.

With just 40 minutes of testing under his belt in the GP3 car, Maini made the most of the opportunity, qualifying third in mixed conditions.

A slow start meant Indian finished 10th, but he was promoted to eighth and reverse-grid pole due to penalties to drivers ahead.

However, Maini, who is coached by ex-Formula 1 driver Karun Chandhok, saw his sprint race chances compromised by contact with Matt Parry and a puncture.

"I had a decent launch, I felt I can hold pole but then [Sandy] Stuvik just got his nose in, so I couldn’t quite cover him and he managed to pass me," he recalled.

"Although it was bit off the track but for the start it’s not a big problem. [Charles] Leclerc managed to pass me pretty soon as well.

"I was staying with them, I had a bit of wheelspin coming out of Chapel and Parry was quite close to me.

"I started moving over to the left, I don’t think he judged the size of the car probably so he clipped my rear left and unfortunately I had a puncture, so from then on I was on my own.

"In the end I managed to pick my pace up quite a bit so I still learned a lot, it was good to be on my own in these conditions because it’s much bigger car, much more powerful than I am used to, so to learn in those conditions is quite good."