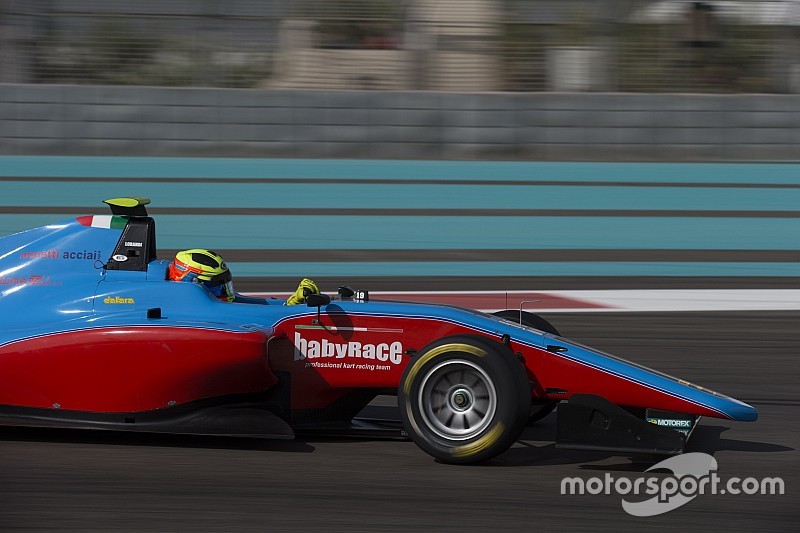 Lorandi, who started his 2016 campaign in European F3 but switched to GP3 for the championship's final two rounds, set his time of 1m55.734s in the late stages of the afternoon session, demoting Niko Kari.

The Finn Red Bull junior was fastest in the morning but could not improve in the afternoon session and three drivers managed to set better times.

Lorandi was followed by Santino Ferrucci and Steijn Schothorst, the duo switching from DAMS to Trident and Arden for Day 2 respectively.

European F3 race winner Anthoine Hubert was the top ART in fifth, just ahead of the Koiranen of Raoul Hyman and Jack Aitken.

Aitken started his second day with ART with second in the morning but, similarly to Kari, he did not improve in the afternoon.

UPDATE: The third and final day of testing will see former race winners Matt Parry and Alex Palou, who was with Campos' GP2 outfit on Day 1, both return with the Spanish squad.

George Russell will also be back in action after skipping the second day with ART alongside Leist, the duo replacing Aitken and Defourny, who are off to DAMS and Arden respectively.

Alongside Defourny, Leonardo Pulcini will also drive for Arden after spending the first two days with Campos.

Hyman and Marcos Siebert will move to Trident while DAMS will add Bruno Baptista to its lineup.

Tarun Reddy will return to Koiranen, the team he tested with on Day 1 as Jenzer has two new names in Tatiana Calderon and Schothorst.