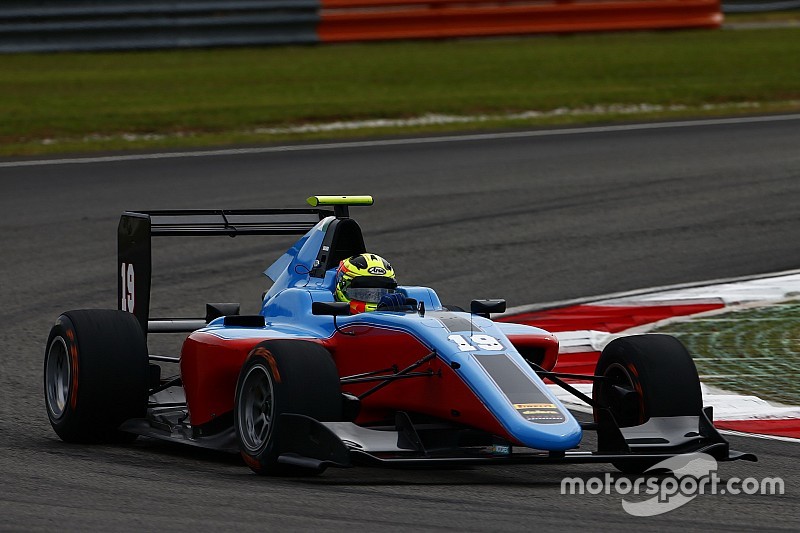 Alessio Lorandi will race full-time in the GP3 Series in 2017, having landed a drive with Jenzer Motorsport.

After spending the first half of 2016 racing for Carlin in European Formula 3 - taking a victory at Pau - Lorandi made two GP3 appearances with Jenzer, securing a best finish of at ninth at Sepang.

More recently, he took part in the post-season test with the Swiss outfit, topping the timesheets on the final day.

For 2017, the Italian driver will stick with Jenzer for a full-season campaign, which begins in Barcelona in May. He will partner India’s Arjun Maini, who made a similar F3-to-GP3 switch last season.

"Lining-up for the 2017 GP3 Series is an huge step for my career and making it with Jenzer is definitely the best choice," said Lorandi,

“In the last two rounds of the 2016 season it was a perfect fit and there is great chemistry with both Andreas Jenzer and his technical staff. In post-season testing we showed that we can compete with the best names of the series."

Team boss Andreas Jenzer added: "It was a very good preparation for Alessio to run in the two last rounds of the 2016 GP3 Series with Jenzer Motorsport.

“The real work started in the three official post season test days of the Series. Alessio impressed us with his professional approach which was rewarded with regular results at the top of the time sheets.

“It’s great to continue working with Alessio and we are looking forward to a very successful GP3 season together."

Trident has also confirmed the arrival of Ferrari junior Giuliano Alesi in its 2017 line-up, as revealed by Motorsport.com last year. He becomes the Italian squad's second signing after Kevin Jorg.

It was also confirmed that Alesi and Jorg will be joined at Trident by ex-F3 racers Dorian Boccolacci and Ryan Tveter for the first winter GP3 test, which takes place next week at Estoril.