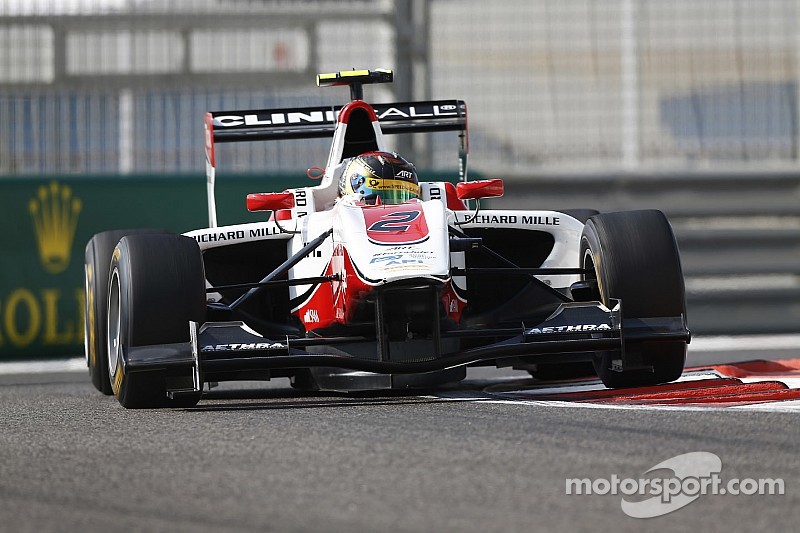 A cloudy morning greeted the GP3 Series paddock for day one of pre-season testing. There were two changes to the driver line-up in comparison to the Estoril test last month. Kevin Korjus returned to Koiranen GP covering for Adderly Fong who has Lotus F1 Team commitments, whilst Samin Gomez completes the Campos Racing line-up in the #25 car.

Following the early installation laps, local driver Palou was first to set the pace. It was a quiet start to proceedings with the majority drivers choosing to remain in their garage whilst waiting for the optimum time to put their medium compound Pirelli tyres to good use. Each driver has five sets available to them during the two day test.

At the midway point Jenzer Motorsport’s Ralph Boschung led the way, a mere 0.005s quicker than the Campos Racing rookie before the Spaniard reclaimed his position at the top of the timesheet – breaking into the 1m21’s. Palou improved on his best time as the session came towards an end, whilst Esteban Ocon got the better of Kirchhöfer in the final moments of the session.

Following the two hour break, Palou was the early pace setter yet again and first to lap in 1m21’s for the afternoon session. At the midway point Pal Varhaug went top with Emil Bernstorff hot on his tails. However, Ocon had other ideas and shot to the head of the timings.

As the positions swapped with 30 minutes left on the clock, Ocon, Varhaug, Jimmy Eriksson and Mardenborough were covered by just 0.093s showing how competitive the field is. Palou delivered an even better lap to return to the top of the pack, two tenths faster than the Frenchman until Kirchhöfer found some extra pace to claim P1. Ghiotto jumped up to P2, two tenths adrift of the German as the session drew to a close.

At the chequered flag it finished as Kirchhöfer, Ghiotto, Ocon, Palou, Korjus and Varhaug. Bernstorff, Tunjo, Matthew Parry and Eriksson rounded out the top ten. The top 17 drivers were separated by less than one second in a hotly fought session. The second and final day of testing in Valencia will run from 09.00 – 12.00 with a one hour break for lunch. The afternoon session will commence at 13.00 and end at 16.00 – local times apply.

Boschung sets the pace on day two in Estoril