Jimmy Eriksson will remain in the Formula 1-supporting GP3 Series for a second consecutive year in 2014, having agreed a deal to join reigning GP2 champions Russian Time as the outfit prepares for its maiden season in the GP3 category.

The move, which has been made possible by support from the Omnilink GreenTech wind energy production group, sees the 22-year-old Swede effectively reunite with his former team Motopark Academy – which spearheads the Russian Time operation and which ran Eriksson to the title during a dominant ATS Formula 3 Cup campaign in 2012.

With the exception of 2013, when he stepped up to GP3 with UK-based Status Grand Prix, Eriksson has raced in Motopark Academy machinery in each and every year since setting out on his single-seater career in 2009.

Eriksson has already tested the Russian Time GP3 car, conducting two days of running with the squad at the 2013 post-season test in Abu Dhabi. 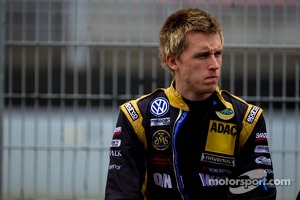 “I’m excited to have been given this opportunity to join Russian Time for their first foray into GP3, and it does feel a bit like coming home,” says Jimmy Eriksson. “I share some very fond memories with this team, culminating in the ATS Formula 3 Cup title in 2012 – our most recent season together.

The guys are new to GP3 and this is an ultra-competitive championship, but their record from GP2 last year – winning the teams’ title on their first attempt – highlights everything this group of people is capable of. With the experience I have now gained, I’m confident of fighting much closer to the front of the field and challenging for some strong results this year.”

Russian Time team principal Timo Rumpfkeil, meanwhile, is delighted at having signed the first of the team’s three drivers for 2014.

“We are extremely happy to welcome Jimmy back to our operation after a year apart, and we can now go into the new season with the benefit of a trusted and fast driver on our GP3 line-up,” says Rumpfkeil. “We obviously kept very much in touch with Jimmy all through last year, and he was one of the first to assess our interim car during the post-season test in Abu Dhabi. The times were competitive from the go, and we join the grid with high ambitions. Jimmy is the first driver to be confirmed for our GP3 programme, and we couldn’t be happier about having him back.”

The 2014 GP3 Series season features an expanded, nine-round calendar, with Austria’s Red Bull Ring joining the itinerary for the first time alongside another all-new venue – a home race for Russian Time on the streets of the Olympic city of Sochi. All rounds will form part of Grand Prix Formula 1 events, with the campaign set to kick off in Barcelona on 9-11 May.

Reigning GP3 champion Daniil Kvyat is racing in F1 in 2014.