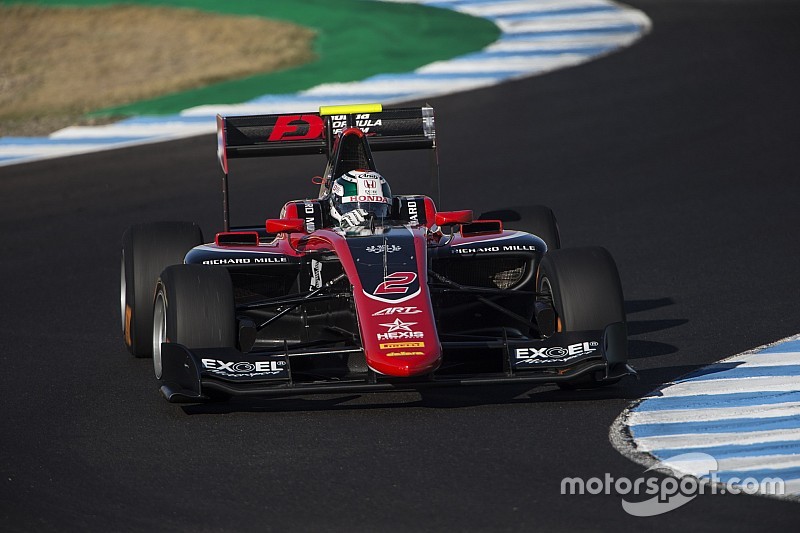 The Honda Formula 1 junior driver claimed his first on-track pole in the third-tier category – he was handed the top grid spot after qualifying was washed-out at Monza – by jumping to the top of the times in the dying moments of qualifying.

The ART squad left the pits with the rest of the pack at the beginning of the 30-minute session but all four drivers quickly came back in.

Dorian Boccolacci and Giuliano Alesi therefore topped the times during the early running, with the former surviving a brush with the barriers on the outside of the right-hand Turn 10 at the bottom of the circuit, after bumping over the kerbs at the exit of the previous corner.

Another driver to take a trip through the gravel during the opening exchanges was DAMS driver Bruno Baptista, who swept around the outside of the long Turn 4 left-hander.

Ticktum, who is making just his second GP3 appearance after making his debut last time out at Monza, briefly held the lead before the ART drivers vaulted to the head of the pack.

Renault F1 academy member Aitken put in a time of 1m31.249s that left him just under 0.1s ahead of Russell and Hubert as the pack came in to make last-minute adjustments ahead of the final efforts.

When the action resumed, championship leader Russell – a Mercedes F1 junior – stole the top spot from Aitken, his nearest challenger in the standings.

But when Russell didn’t improve on his final lap, Aitken briefly reclaimed first place only to be usurped by Fukuzumi seconds later.

Ticktum, recently announced as one of the 2017 McLaren Autosport BRDC Award nominees, wound up 0.353s behind Fukuzumi, but ahead of Hubert.

Steijn Schothorst rounded out the top 10 for Arden, ahead of Alesi and his Trident teammates Kevin Jorg and Ryan Tveter.

Tatiana Calderon: What I did at Monza, I know I can do again