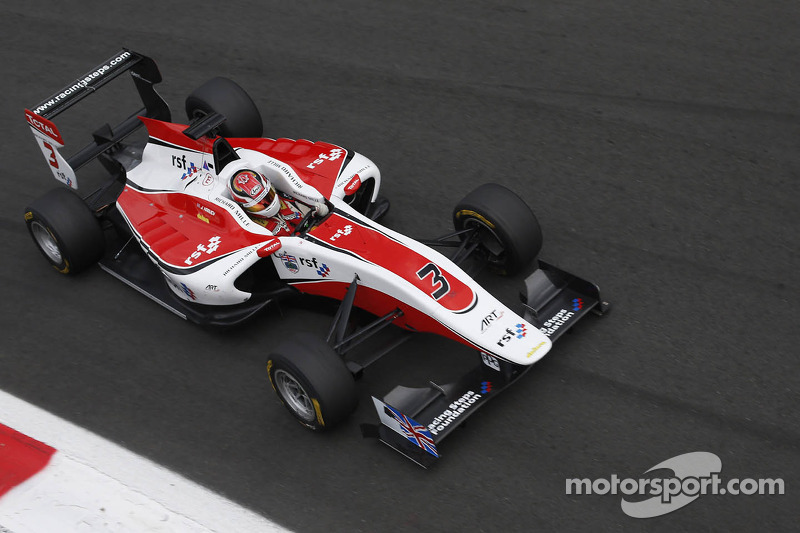 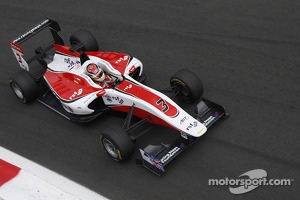 On Saturday afternoon, the Racing Steps Foundation-backed driver qualified his car in P5. It was a very close session with the top five positions changing throughout the session. Harvey topped the timing sheets for much of the session and was P1 until the closing minutes when drivers on fresher tyres were able to just pip him to the top spot.

At 1830 local time, Harvey lined up on the grid in fifth position for the GP3 Series’ first night race. The MSA Team UK driver briefly dropped down to P7 at the start to avoid a stalled car on the grid, amongst the chaos of the opening few corners. At the end of the first lap the safety car was brought out for one lap. Harvey got a good restart and on lap four he moved up to P5 and after a further ten laps of racing the young Brit crossed the finish line in P5, bringing home ten Championship points.

On Sunday afternoon Harvey took to the grid in fourth position for the final race of the 2013 season. Harvey briefly dropped to P5 at the start but wasted no time in overtaking Kujala to take back P4. In the closing stages of the race the top five closed right up and with two laps to go it was all to play for. Harvey could see a chance to take the last place on the podium and fought hard to pass his teammate Daly on the final lap but the American driver just managed to hold him off and Harvey crossed the finish line in P4.

Harvey’s first year in GP3 has seen him claim two wins, at his home race at Silverstone and then at Monza, plus a further podium finish in Germany. Harvey has consistently delivered strong points finishes throughout the season; securing a total of eleven top ten finishes. As a result, he finishes his first year in GP3 in fifth place, the highest placed rookie driver on the grid and the highest placed British driver.

“I’m pretty happy to be finishing my first season in GP3 in fifth place in the Championship. We’ve had some brilliant results including the wins in Monza and Silverstone and it’s been a close fight for the Championship from the first race until the last;” commented Jack Harvey.

“It’s also a great feeling to play a part in helping ART Grand Prix to retain the team Championship for the fourth year running. The whole team’s worked so hard throughout the year and it has been a real privilege to race for ART Grand Prix. I also want to thank the Racing Steps Foundation as I wouldn’t be where I am today without their support;” continued Jack Harvey.