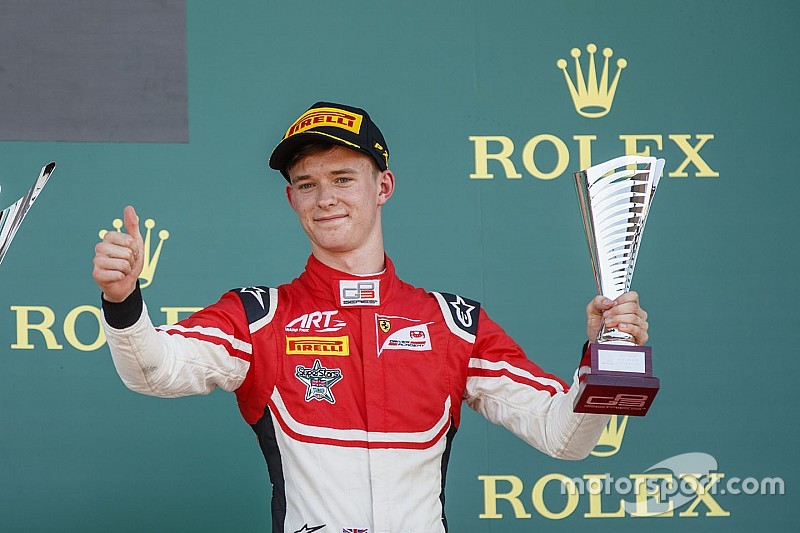 Ferrari junior driver Callum Ilott says that his association with the famous Italian marque has allowed him to become a more mature driver.

Ilott is racing in GP3 this season with the multi title-winning ART Grand Prix team, and lies second in the points behind teammate Anthoine Hubert after four rounds.

He secured his first win in the Formula 1 feeder category in the reverse-grid second race at Paul Ricard last month, before going on to score another victory in the first race in Austria a week later.

Coming off the back of a promising but inconsistent final campaign in European Formula 3 with Prema last year, Ilott believes his Ferrari ties have made him a better all-rounder.

“This season as you can see, it’s been a consistent one so far,” Ilott told Motorsport.com. "I’ve matured a bit, last year in F3 I lost a lot of points at the beginning of the year.

“Ferrari has helped me to improve as a driver and as a person as well. I have a lot more access to people who can help. It’s made me a lot better as a package.

“Now there’s a path [towards F1]. Obviously you have to achieve to stay on it, but it’s nice to have a direction instead of getting results and hoping for the best. The goal is to do F2 next year, get a good result this year, and next year as well.”

Ilott has yet to win a title in car racing, having finished 12th, sixth and fourth overall in his three seasons in European F3 – where he moved to directly from karting.

The 19-year-old admits that finally securing a championship is a “box I need to tick” and that this season offers his best chance yet to do it.

“It’s something I need to finally do, in a way,” he said. “There’s just over half the season to go, it will be an interesting one for sure.

“But so far it’s been not too bad. I’ve had four podiums in eight races, two wins and two thirds. I can’t complain. In the championship I’m P2, six points [behind Hubert].

“It’s just getting used to it, and having a month between races at the start of the season, it was hard to get into a rhythm and get comfortable in the car.

“That was the nice thing about having three race weekends in a row, I could finally get into that rhythm – and when I feel comfortable with the car I go really well.”