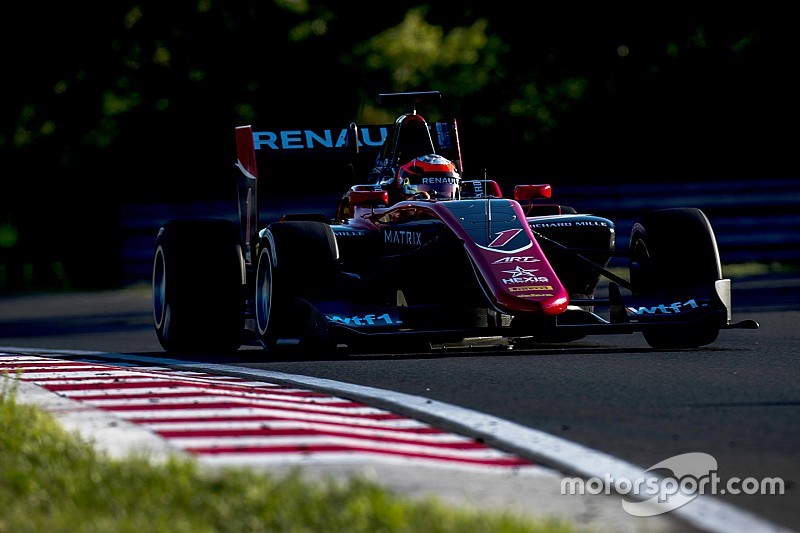 Renault junior Jack Aitken scored his second GP3 pole position of the season at the Hungaroring in a session that was dominated by his team ART.

The session was ruled by ART from the get go with Nirei Fukuzumi, Anthoine Hubert and George Russell taking turns leading before the Frenchman eventually ended the first half of the session narrowly ahead of his three teammates.

Sitting fourth at the mid-session stops, Aitken was the first ART to rejoin the track and the Renault junior improved by a whopping six tenths, jumping into the lead.

Russell and Fukuzumi were unable to match Aitken's time, and had to settle for second and third, one and two tenths apart.

The top 10 was completed by Kevin Jorg, Alessio Lorandi and Tatiana Calderon, the latter enjoying her best qualifying result of the season.

In the latter stages of qualifying, Calderon was held up by her debutant teammate Matthieu Vaxiviere, the Frenchman replacing F2-bound Santino Ferrucci. Vaxiviere was classified last.

The session had a premature end after Arjun Maini stopped on the main straight, initially causing yellow flags for the second time in a few minutes after he also temporarily stopped at Turn 1, and then the red flag.