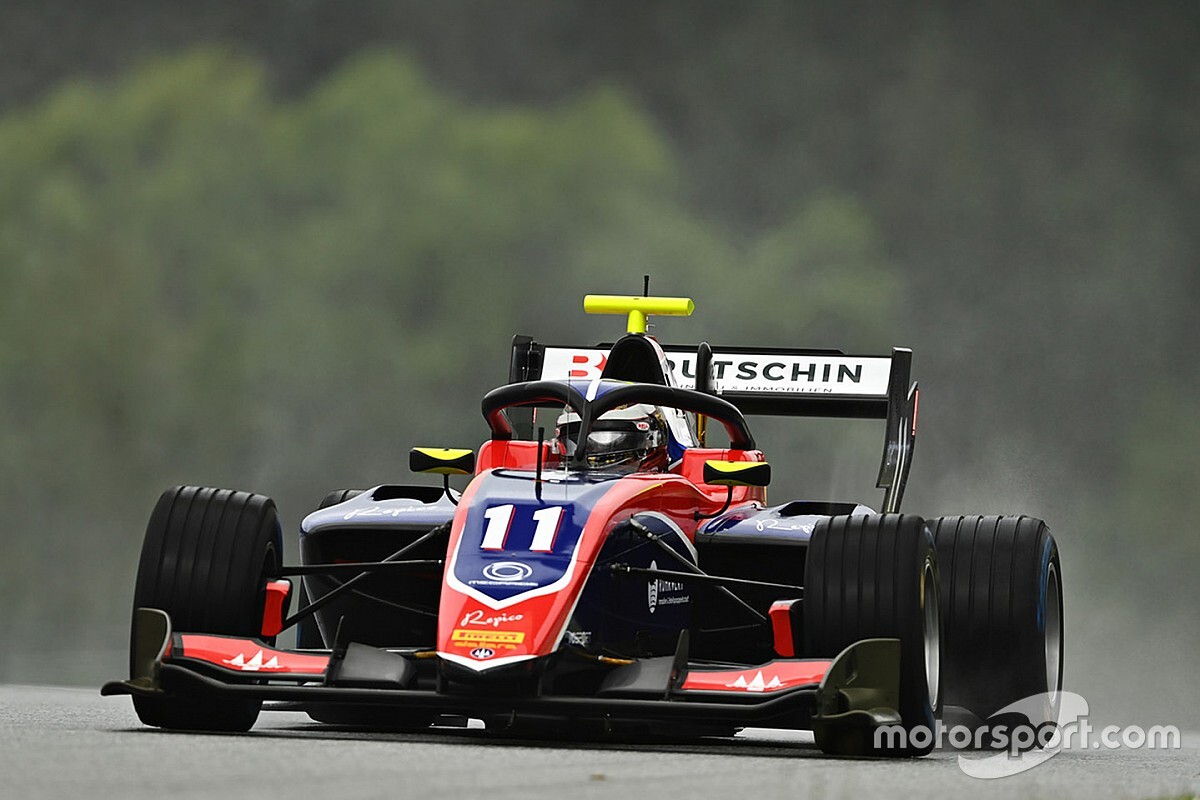 MP Motorsport's Viscaal was the star of the show. After scoring his maiden podium in Saturday's first race, the Dutchman climbed through the field from sixth on a wet track.

In his battle to the front, Viscaal was hit with a five-second penalty for an incident with Igor Fraga. When he overtook erstwhile leader Dennis Hauger, that meant he was tasked with pulling a five-second gap to keep the win.

Viscaal did exactly that, going six seconds clear of David Beckmann who had overtaken Hauger for second. But a second five-second penalty in the final stages, for gaining an advantage while leaving the track, put paid to Viscaal's chances to win the race. A late safety car for a crashing Federico Malvestiti meant Viscaal would even drop all the way to the back.

Beckmann won the race ahead of Prema's Oscar Piastri and Red Bull protege Hauger. The second Prema car of Logan Sargeant finished fourth, while the team's third car of Frederik Vesti was forced to retire.

Carlin's front-row starter Clement Novalak dropped down the order after reporting a loss of grip. Liam Lawson had to retire his Hitech for the second day in a row with an apparent engine issue.

An unfortunate and upset Viscaal was classified 17th.