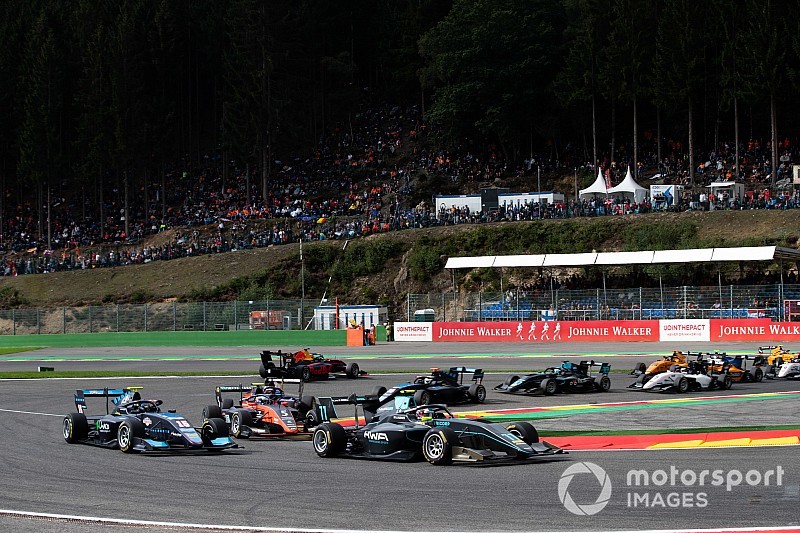 F3’s second race of the weekend was the first on-track action since Hubert’s passing, with the teams and drivers assembling for a minute’s silence in memory of Hubert just before the race, led by his mother and brother.

HWA driver Hughes said that he had expected a more “measured” race from his peers in the wake of the tragedy.

“That one was particularly bad,” said Hughes, who was clipped into spin in both races at Spa at the same corner, Les Combes.

“After what happened yesterday…I understand people want to push hard and go for eighth as it’s the last point available, [but] people think they can do anything at Spa.

“At tracks like Spa and Monza, stuff can happen anytime and the speeds we’re going, it’s not going to be a small one most of the time.

“It’s not like I feel like I got away with anything, it’s just that it’s too many people taking too many risks on a track that is clearly susceptible to something like that.

“I was watching the race on the pitwall and there were three or four times people were clashing at Les Combes, people picking up punctures.

“I expected a much more measured race after what we saw yesterday and I’m not particularly impressed.

“We all make mistakes, I did one in Paul Ricard, but there’s a time and a place and people have to learn from it.”

Another driver to criticise driving standards was Renault F1 junior Christian Lundgaard, the ART Grand Prix driver screaming on the radio after Yuki Tsunoda of Jenzer had moved across to block him on the Kemmel Straight. 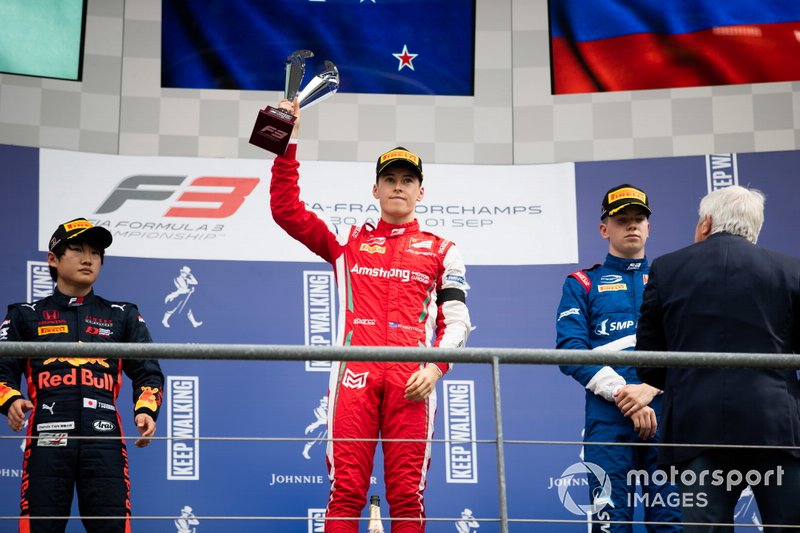 Armstrong delivered a textbook drive from pole position for his second win of the season, but he and his fellow F3 podium dwellers did not celebrate in parc ferme as celebrations were muted.

“I know that it’s not right to celebrate after what happened and I didn’t feel the need to celebrate,” Armstrong told Motorsport.com. “I’ve never been this deflated after a race win in my whole life.

“The radio, I said on the radio, ‘This one’s for Anthoine’, and then we kept the celebrations to a minimum. Just out of respect for the family.

“I was at the front of the ceremony [minute’s silence held before the race] and I could see his mum and his brother holding the helmet and I was quite choked up to be honest so I can only imagine how would feel if I knew him personally.”