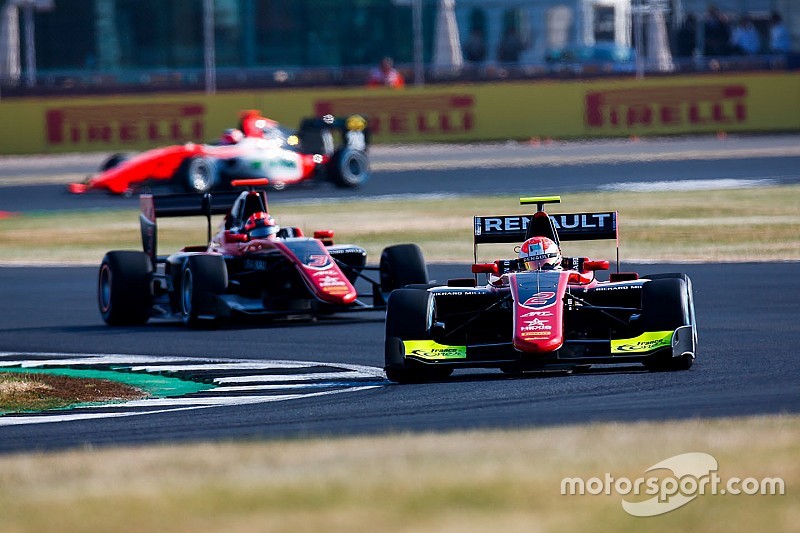 Renault-affiliated driver Hubert delivered an epic late lap, going quickest in all three sectors, to set a 1m46.033s, 0.102s clear of the rest of the field.

ART teammate Nikita Mazepin was one of the only frontrunners to improve with his last flying lap, the Russian jumping into the second spot ahead of Trident's Giuliano Alesi.

Alesi enjoyed his best qualifying of the year having taken his first GP3 win at Silverstone 12 months ago.

Red Bull Ring polesitter and feature race winner Ilott was unable to improve on his last run and took fourth, having topped the session earlier on.

Lorandi, driving with a steel plate in his shoulder because of a broken collarbone, lost one of his late laps to a moment at Copse, but managed to avoid a spin.

Dorian Boccolacci’s last lap had put him in the top five, but he was bumped back to seventh ahead of the final ART car of Jake Hughes and Campos pair Leonardo Pulcini and Simo Laaksonen.

Pulcini – third in the standings – had been fastest with four minutes to go, but struggled to improve on his last two attempts.