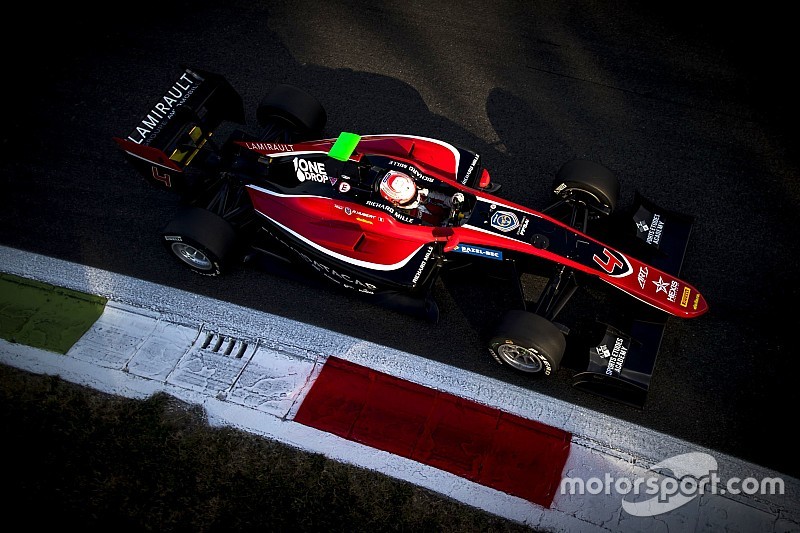 GP3's dominant team ART Grand Prix has firmed up its line-up for the 2018 campaign, confirming that it has retained Anthoine Hubert for a second season.

French driver Hubert, 21, made his GP3 debut with ART last year and propped up the team's top-four lockout in the drivers' standings at the end of the season, having claimed four podiums along the way.

"After a decisive integration within the team in 2017 but a feeling of unfinished business, I'm keen to capitalize on the experience gained the last year and aim [for] my goal with ART Grand Prix in 2018," Hubert said.

"It is also what the team wants and I thank them for trusting me."

Prior to his move to GP3, Hubert took the title in French F4 and competed in Formula Renault 2.0 and F3, winning races in both.

"Anthoine had a significant first year for a talented and dedicated driver who now has all the assets needed to put his name on the list of GP3 winners," said ART team boss Sebastien Philippe.

"He knows the circuits, he has the experience of the car and works in well with the team. He has had high praise from experienced drivers in 2017."

Hubert is the only returning name in ART's line-up, with all three of his 2017 teammates – Nirei Fukuzumi, Jack Aitken and series champion George Russell – having secured promotion to F2.

The Frenchman will now partner rookies Callum Ilott and Nikita Mazepin at the team, as well as fellow sophomore Jake Hughes, returning to the category after a year away in F3 competition.