GP3 DRS restricted to fixed number of uses per race 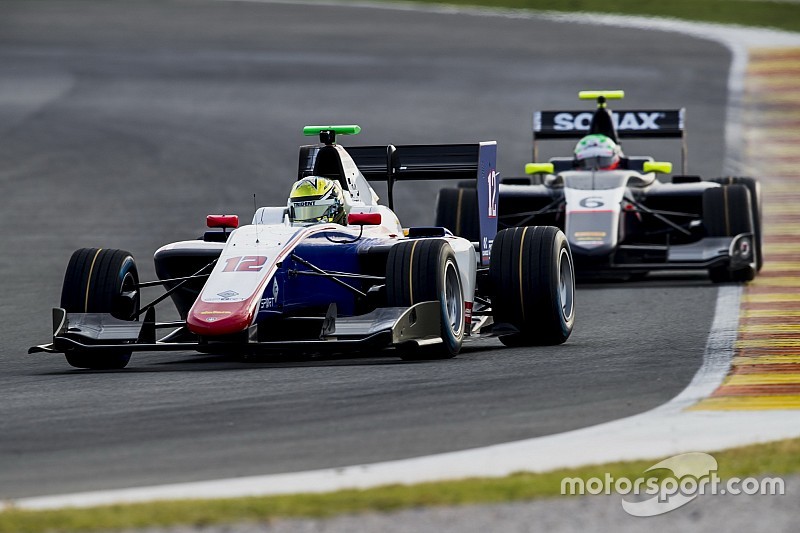 The use of GP3’s new-for-2017 Drag Reduction System (DRS) will be restricted to a limited number of uses in each race.

It was announced last year that GP3 would be brought into line with sister series GP2 – since rebranded as FIA Formula 2 – with the introduction of an F1-style DRS overtaking aid.

However, GP3’s DRS is set to work differently to those in F2 and F1, with drivers allowed to use it on a maximum six laps in feature races and on four in sprint races.

They will still need to be within one second of the car ahead to be able to activate the system.

On circuits with two DRS zones, drivers can use it twice on the same lap while only reducing their allocation by one.

ART driver Jack Aitken believes the system will have a big impact on the racing, saying it is much more effective than the system he used in Formula V8 3.5 last year.

Aitken told Motorsport.com: "It's quite an effective DRS compared to Formula V8 3.5. This one is much more effective, there is nearly 20 km/h difference.

"With the limited use as well, it's going to make it quite interesting strategically in the race. It's not going to be quite as simple as F1 or F2."

Aitken's ART teammate George Russell believes limiting the number of uses has been prompted by the sheer speed differential GP3 cars are experiencing when following each other using DRS.

"The DRS effect is massive," Russell told Motorsport.com. "In testing I did one or two overtakes with it, and the speed differential must have been getting on for 25 km/h in the slipstream.

"I think [the limited use rule] is just because they realised how well it’s working and how efficient it is – it would have been a bit crazy if it worked like it does in F2.

"It’s definitely going to make it interesting in the races. You have to be quite clever with when you use it, and not waste any."

Series organisers have trialled the use of a digital panel – which was attached to Aitken’s car during Barcelona testing – to make it clear for fans how many DRS uses each driver has remaining.

Arden team manager Julian Rouse confirmed the panel will be in use in the season opener in Barcelona, and will allow drivers to know how many times their rivals can activate DRS.

"It’s going to be on the side of the roll-hoop to inform how many each driver has got left," said Rouse. "Then it will be a case of the driver and team communicating with each other.

"I think it’s a bit of a case of ‘suck it and see’ in the race and see how it’s all panning out."