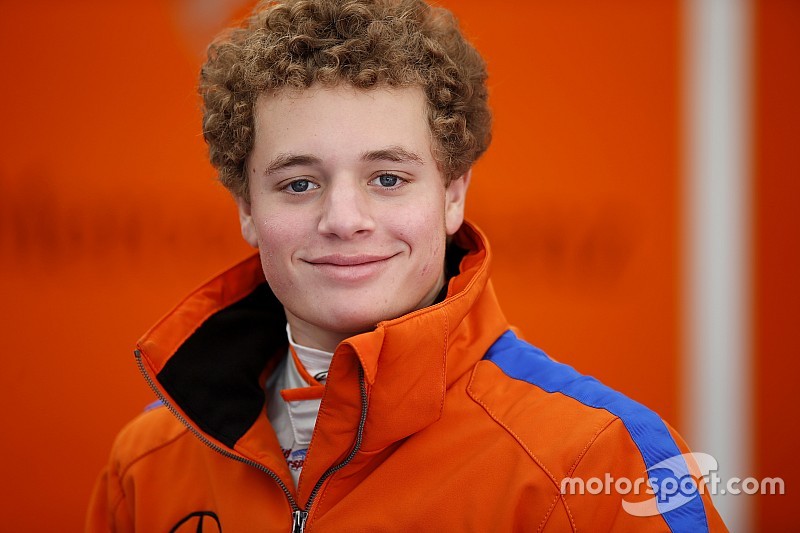 The Jean-Paul Driot-led squad, which has enjoyed much success in GP2, effectively replaces Status Grand Prix in the GP3 paddock, and has placed its faith in youth for its first season in the series.

Ferrucci is the youngest of the trio at just 17, and moves across from European Formula 3, where he placed 11th last year with Mucke Motorsport.

“I’m really looking forward to working with DAMS, who have always been front-runners in everything they’ve done," said the American.

"It was really fun to test the car in Abu Dhabi last year ahead of what is both of our rookie years in GP3. The strategy looks like it could take some getting used to, but the team are really professional and I can’t wait to see what we can achieve together.”

Jorg and Hughes both step up from Formula Renault 2.0, Jorg finishing third in last year's Eurocup series behind Jack Aitken, who joins Arden's GP3 team this year, and Louis Deletraz.

“Obviously we’re all new to GP3, and there are always a lot of strong drivers in this series, but I’m confident that with DAMS we can achieve some good results," said Jorg.

"I was quick in the Abu Dhabi test last year – twice coming second fastest – and adapted to the car pretty quickly. Tyre management is key in GP3, and I’m sure we’ll focus on this during pre-season testing.”

Former BRDC F4 champion Hughes meanwhile finished sixth in the Eurocup, as well as runner-up to Aitken in the Formula Renault 2.0 Alps championship.

"It's an honour to be working with a team as fantastic as DAMS, who have a track record of doing well with new challenges," said the Briton.

"I tested a GP3 car for the first time in Abu Dhabi last year and I immediately got on with both the tyres - which I know can be a challenge - and the car as a whole, so that makes me confident of a good year."