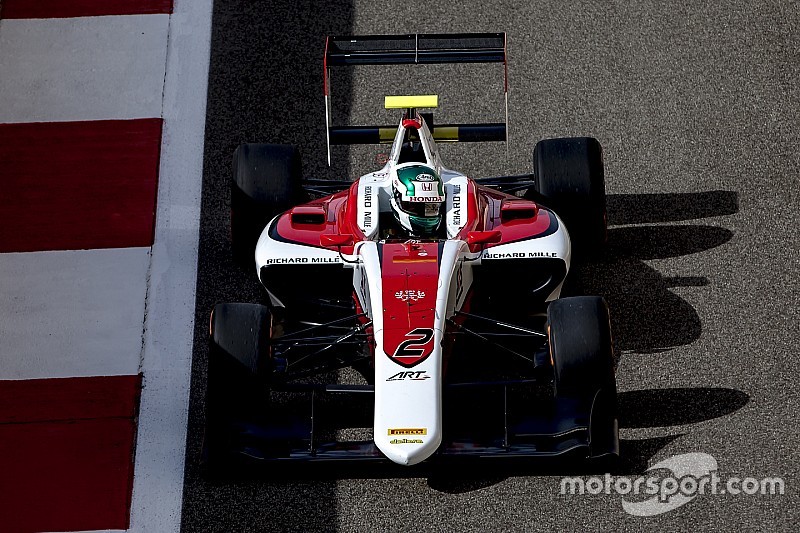 The GP3 Series has unveiled the entry list for the first day of its post-season test at the Yas Marina Circuit.

The 23-name list for Wednesday, the opening day of the three-day test, features several series regulars along with drivers from Formula 3, Formula 4 and Formula Renault 2.0 categories.

Championship-winning team ART Grand Prix will field its 2016 regular Nirei Fukuzumi alongside Formula Renault 2.0 frontrunner Max Defourny and F3 top-liner George Russell, who is heavily tipped to be joining GP3 with the French squad next year.

Trident, the only other team to have entered four cars for the test day, will run one of its current drivers in Ferrari protege Giuliano Alesi, who is staying with the team for next year.

SMP-backed Russian driver Robert Shwartzman will test for Koiranen on the heels of his rookie season in FR2.0, with British F3's Tarun Reddy and Pro Mazda runner-up Patricio O'Ward also named in the line-up.