Jehan Daruvala admits he pushed his tyres "too hard” during the middle stage of the Paul Ricard sprint race as he chased a third straight victory in Formula 3.

After slipping from eighth to 10th at the start of the race, Daruvala initiated a stellar charge through the field, rising up to fourth by the end of lap 11.

However, by this stage of the race Daruvala had taken too much out of the tyres and he lost out to Piquet on the penultimate lap, finishing third.

Speaking after the chequered flag was drawn, the 20-year-old said he could have done a better job at tyre management, even though he was happy with the final result.

"I was pretty much going for the long game," Daruvala told Motorsport.com. "I knew that if I keep my tyres alive I would have some hope at the end and slowly I picked up a couple of places, moving to P6.

“I saw the leading group of five cars around, I think they were three seconds in front of me at that point.

"I think I pushed too hard at that stage of the race because I caught them in one lap. So maybe that was a bit too much.

“Then to be honest the tyres felt okay at that stage, I kept picking them one by one. And finally I got into second. And at that stage I wanted to win the race.

“So I kept pushing hoping that the tyres stay but I already started to feel I was sliding because the lap I overtook Pedro itself I had DRS and I still didn’t catch Robert too much.

“So I was struggling and I couldn’t break DRS from Pedro, I knew it was going to be quite difficult. I pushed two-three laps more then the last two laps I didn’t completely run out but Pedro and Robert had more pace than me.

“So the average race pace was very good. If I had managed the middle of the race, it would have been better. But anyway to come third after being 10th at one point is good.” 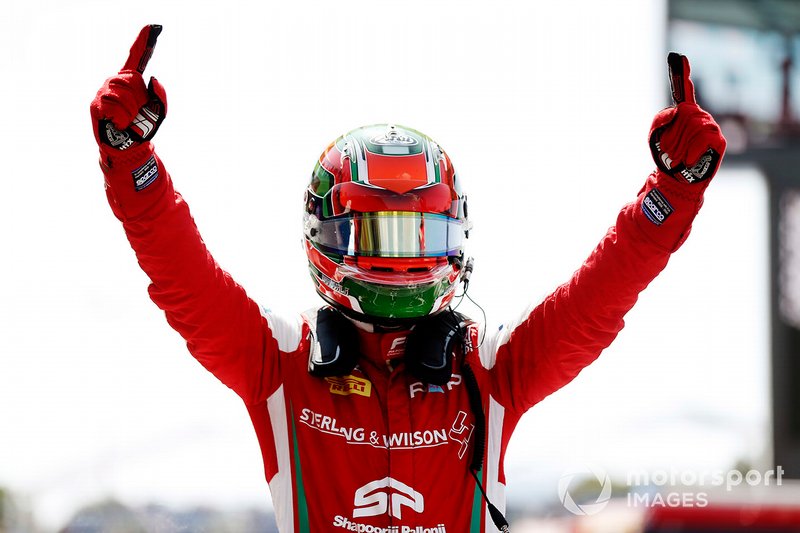 Daruvala moved up to second in the drivers’ standings with victory in feature race and a third place finish in the shorter, sprint race on Sunday.

While the Indian driver described the weekend as “flawless” as he cut down the gap to championship leader Shwartzman to 12 points, he admitted there are areas where he needs to work on - particularly race starts.

“The weekend has been good,” he said. “Qualifying I was a bit sad to lose out on pole in the end but I fought back well.

“And today [Sunday] after a disappointing couple of laps, we fought back well. So the main thing is to analyse what we can do better. I mean we were flawless but there are always things we can improve on. So hopefully we tick those boxes next weekend.”

He added: “We need to just focus where we can improve - maybe for me a bit at the start.

“Even Rob[ert] struggled yesterday [Saturday], Marcus today [Sunday] so I don’t know. We’ll see if we can improve on that. But other than that it has been a flawless weekend by the team.”