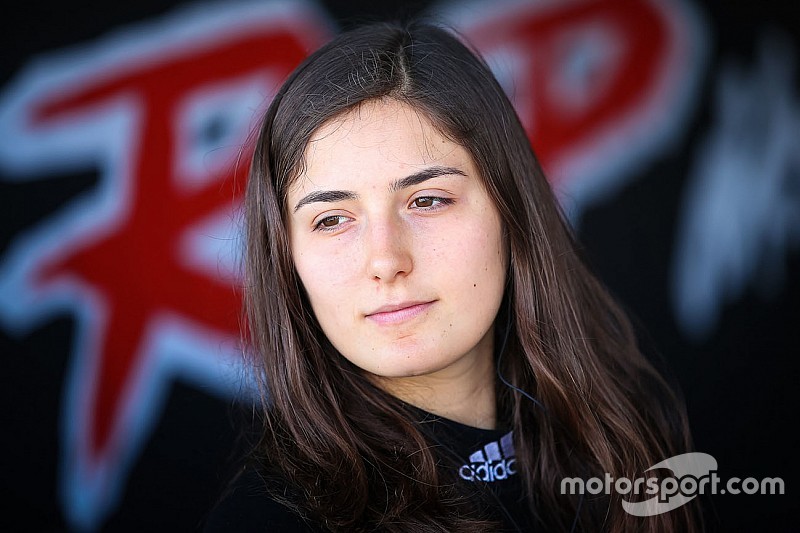 Sauber Formula 1 development driver Tatiana Calderon will return to the GP3 Series for a third successive season this year with the Jenzer Motorsport squad.

Jenzer marks the third different team Calderon will have raced for in the F1-supporting series, after she made her debut with Arden in 2016 and then switched to DAMS last year.

The Colombian placed 18th overall in 2017 with a brace of points finishes at Monza and Jerez, before scoring a podium finish in a one-off Formula V8 3.5 outing at Bahrain.

With DAMS exiting the series for 2018, she tested with Jenzer on the final day of GP3’s post-season Abu Dhabi test last November, having previously driven for the team in the same test in 2016.

“I’m excited to join Jenzer because I had a really good feeling both years I tested with them,” Calderon, who also tested with ART Grand Prix in Abu Dhabi, told Motorsport.com.

“The opportunity came around and they were very successful last year – third in the teams’ championship and both drivers [Arjun Maini and Alessio Lorandi] winning races shows what they can do.

“Of course coming back to GP3, I want to show I have improved and really make another step in the right direction like I did last year with both qualifying and race pace.

“For sure I want to be scoring more than just points this year.”

Calderon is the first driver Jenzer has announced for the new season, although Juan Manuel Correa is thought to have agreed a deal to join the team full-time after his part-campaign in 2017.

F3 convert David Beckmann is also in line for a Jenzer seat in what would be his first GP3 season.

UPDATE: Jenzer has confirmed Correa as its second driver in what will be the Ecuador-born driver's first full year in GP3.