Tatiana Calderon will switch from European Formula 3 to make her debut in the GP3 Series in 2016, joining the Arden International team. 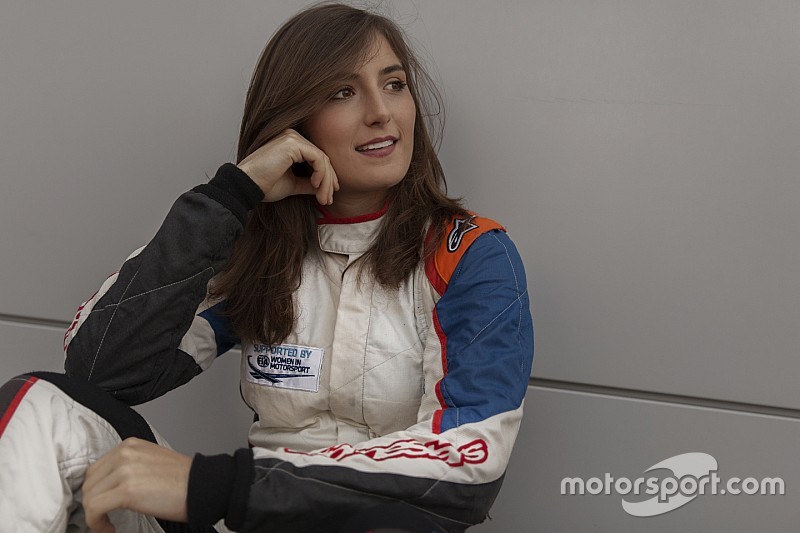 Calderon has spent the last three seasons in European F3, failing to score points last year with Carlin, but a change in regulations meant she was unable to stay in the series for a fourth season.

She drove for the outgoing Status Grand Prix team in post-season GP3 testing at Abu Dhabi last winter, ending up ninth quickest on the second day.

"Everything is going to be new, so it’s going to be a challenging year, but I’m in the best environment possible to learn," Calderon told Motorsport.com.

"My goal is to be in the top eight and score points regularly, and take advantage of the reverse grids. If my teammates and I can work together to develop the car, we should be competitive from the start.

"I know most of the tracks, so I’m hoping we can fight for the top eight or 10 places in the championship. But the car is new, so we’ll have to wait until testing to get a feel for exactly where we’re going to be fighting.”

“We chose GP3 over Formula 3.5 because I felt good with in the GP3 car in the test," she explained.

"F3.5 is quite a big step up from F3 in terms of the car, and to be in the Grand Prix paddock is a bonus because the races will be shown live in Latin America.

"GP3 is a great series to prepare for GP2 or Formula 2 - you get used to the Pirelli tyres, and it’s a quicker car than F3, so it’s a perfect step up.”