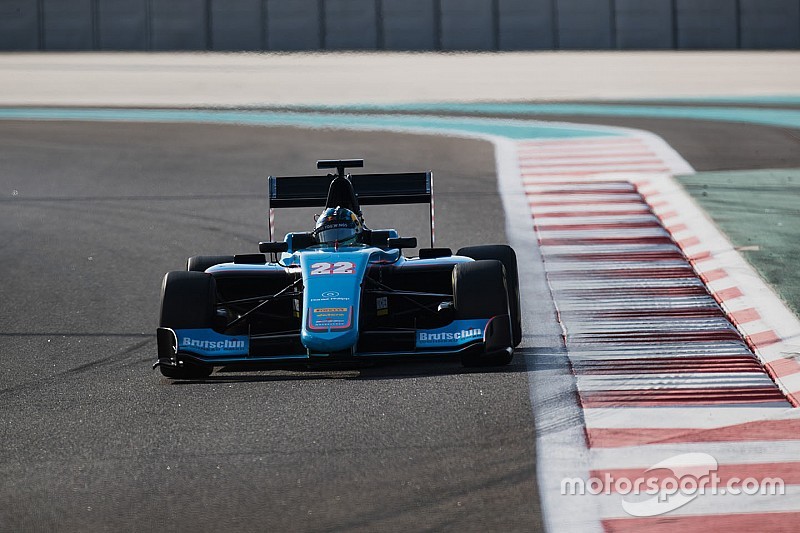 German youngster David Beckmann will switch from European Formula 3 to GP3 with Jenzer for the 2018 season.

Beckmann started his car racing career in Formula 4 in 2015, taking fourth in the Italian championship. and fifth in the German series.

He subsequently moved up to European F3 with Mucke Motorsport and took two podiums despite having to skip the first two rounds of the season due to being too young.

His first full-time campaign in the series last year turned out to be underwhelming, as he was 15th overall with a best finish of fifth after a mid-season switch from Van Amersfoort to Hitech GP.

At the end of 2017, Beckmann took part in the Abu Dhabi GP3 test, spending two days with Jenzer and one with Arden.

For 2018, Beckmann will join the former team to race alongside Tatiana Calderon and Juan Manuel Correa.

"To compete in the 2018 GP3 Series is an important step for me and doing so with Jenzer Motorsport is definitely the best choice," said Beckmann.

"The official tests in Abu Dhabi last December showed that we can work very well together and that the chemistry with Andreas Jenzer and his technical staff is just right.

"It's going to be a demanding season with tough competition and I'm looking forward to this challenge."

At the age of 17, Beckmann is the youngest driver confirmed to race in GP3 this year so far.

Elsewhere, Campos Racing has announced Mexican racer Diego Menchaca as its third driver for the season.

Menchaca will join the series after spending 2017 in the now-defunct Formula V8 3.5 championship, lining up alongside Simo Laaksonen and Leonardo Pulcini at Campos.