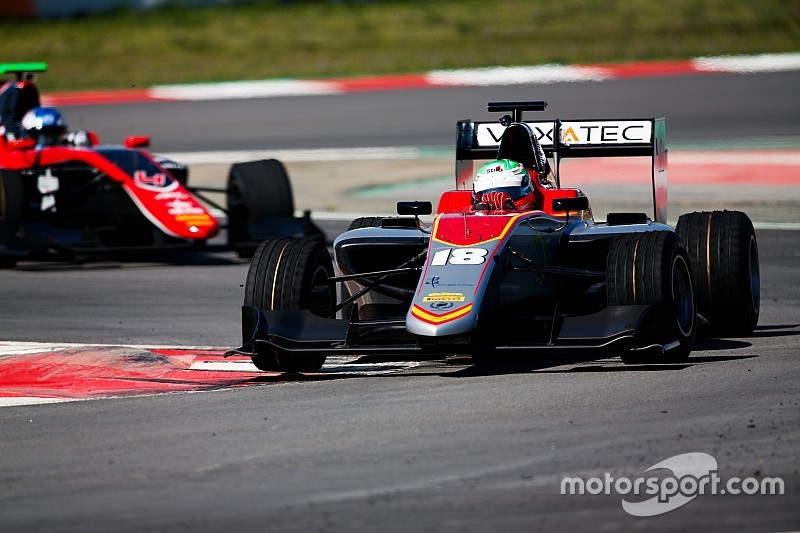 Campos Racing driver Leonardo Pulcini topped the timesheets on the opening day of the final GP3 test of the pre-season at Barcelona by just 0.012 seconds from Callum Ilott.

Pulcini left it late to knock ART Grand Prix man Ilott off the top of the times, setting a best effort of 1m32.785s in the final five minutes of an extended afternoon session.

A dirty track from last weekend's World Rallycross round meant drivers did not attempt any slick-tyre runs until the final part of the morning session, and the lack of early running prompted a one-hour extension to the afternoon test.

ART's Jake Hughes was the first driver to break the 1m33s barrier with a 1m32.971s, but Ilott knocked his teammate off the top spot with a little under half an hour to run.

Another ART driver, Nikita Mazepin, also beat Hughes' time to slot into third, some 0.051s slower than Ilott and within a tenth of Pulcini's benchmark.

Hughes remained fourth, while Giuliano Alesi was the best of the Trident contingent in fifth place despite causing a red flag by going off in the gravel in the afternoon.

Antoine Hubert (ART) also brought afternoon proceedings to a halt by hitting the wall, and finished the day in seventh behind Pedro Piquet (Trident).