GP3 team Bamboo Engineering are pleased to announce the signing of Spaniard Carmen Jorda for the 2013 GP3 Series Championship season.

Jorda, announced today that she will be racing with Silverstone based Bamboo Engineering for the 2013 season, her second season in the GP3 Series.

The young Spaniard has a strong single seater CV having moved through the ranks of Spanish and European F3 before competing in both Indy Lights and most recently the GP3 Series. 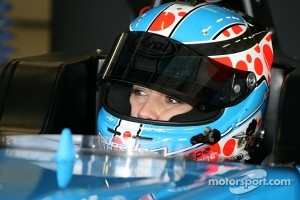 Carmen Jorda “I’m really pleased to have concluded the deal with Bamboo Engineering, I had a positive winter of testing and am looking forward to a good year. Seeing the team go fastest at the end of the Estoril GP3 Series test really helped my decision making,”

Richard Coleman - Chief Executive Bamboo Engineering “ Carmen has had a busy winter testing and her focus and determination will stand her in good stead this year.

She has a positive attitude and a willingness to learn that will make her an ideal fit with Bamboo Engineering.“

Bamboo Engineering have confirmed that Jorda will replace the previously announced Roberto La Rocca who has had to withdraw following uncertainty about his sponsors amid the changing situation in Venezuela.