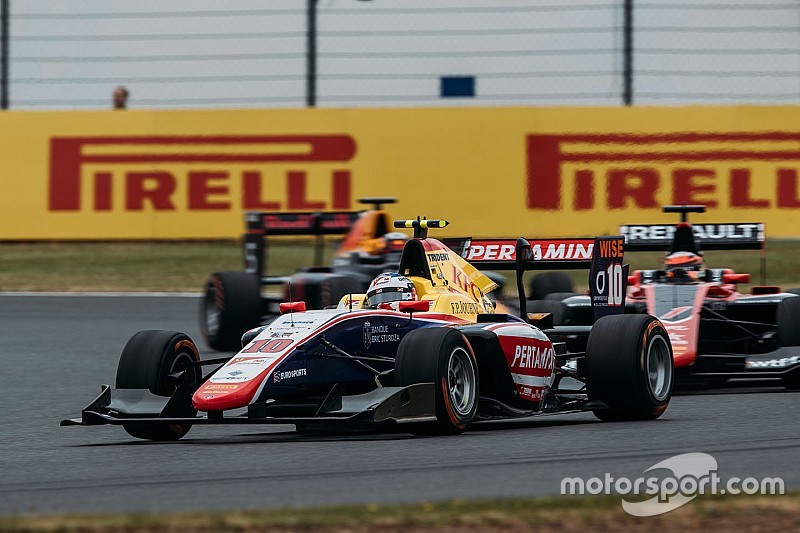 Alesi, who became a race winner in the most recent GP3 race at Silverstone, is in his second year in the series.

The championship's current GP3/16 machinery is also being used for the second season in 2017 - and, since the introduction of the new car, the series has been dominated by ART.

The French team won nine of the 12 feature races since the beginning of the 2016 season, and helped Charles Leclerc and Alex Albon to finish first and second last year.

After three rounds in 2017, ART's current quartet of drivers - George Russell, Anthoine Hubert, Nirei Fukuzumi and Jack Aitken - are locking down the top four places in the championship.

However, Alesi, son of former F1 driver Jean, reckons it is not the team but the line-up of drivers that makes the difference for ART, and believes his Trident car was better at Silverstone.

"Everyone overestimates ART, but I don't really think it is a good thing to do because we also have to look at the drivers," Alesi told Motorsport.com.

"They have four very competitive drivers and that makes basically 70 percent of what it [the team] does.

"I am pretty sure if we had these four drivers, including me, in the Trident, I'm pretty sure it would be a whole lot different, the image of Trident.

"I really believe in Trident with all my heart, they helped me get this far and the car felt unbelievable [in the Silverstone sprint race] and I think it was even better than the ARTs."

Alesi is currently the second-best non-ART driver in the standings, having finished first and second in the Silverstone and Red Bull Ring sprint races respectively.

"For the rest of the year, I'd say [the goal is] to continue doing maybe podiums in second races [of the weekend], maybe first races too, that would be really good for me," he said.

"It is really to keep taking points every race, to try to not make a weekend like I did in Barcelona - messing up the first race, making big errors and not being able to start good in the second race.

"So it is really to try to stay in front in the top 10 and keep points every race."