Aitken "quick enough to win at every round" in GP3 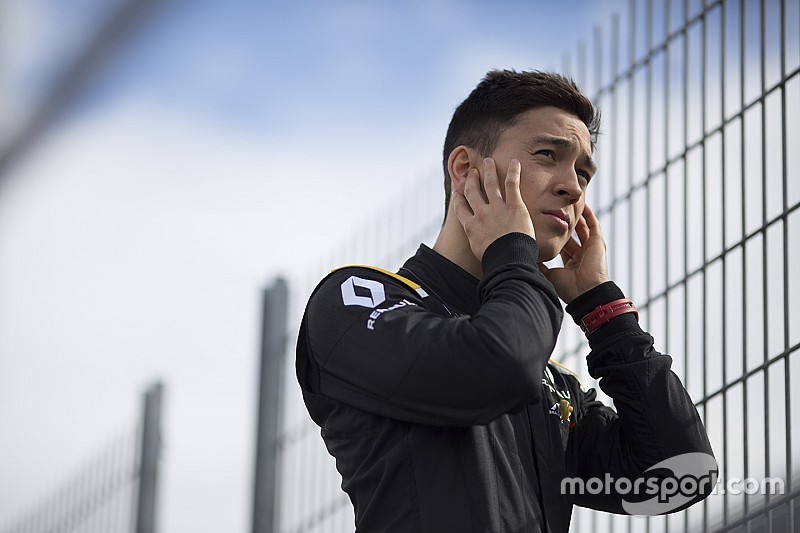 Renault junior Jack Aitken says he expects to be able to win at every round of the 2017 GP3 season, as he reckons he is quick enough to constantly fight at the top.

While he could not finish higher than sixth in the first four rounds, he improved significantly in the second half of the season, scoring seven podiums in seven of the last nine races.

For 2017, Aitken has joined last year's dominant outfit ART Grand Prix, and is the highest-placed driver in the 2016 standings to return to the championship.

As such, the Anglo-Korean says his goal for 2017 is to win every round of the championship.

"I am going in expecting to win," Aitken told Motorsport.com. "[This is] what I expect from myself.

"I think I am quick enough to be winning every round we go to, qualifying at the front and fighting for the top positions.

"That doesn't always mean you end up winning the championship because you never know what is going to happen. You can have bad luck, anything can happen.

"It's a bit open, but I am definitely expecting myself to be up at the front and winning as often as I can.

"That's all I can go off really, but it's not easy, GP3 has never been straightforward championship you see good drivers coming in and not do that well so you can't take it for granted."

Aitken's ART teammate George Russell reckons the Renault junior, as well as Honda protege Nirei Fukuzumi, will be the main contenders for the title.

"I’d definitely say that he [Aitken] and Nirei are the two favourites going into this year, as they’ve got an extra year under their belts ahead of me," Russell told Motorsport.com.

"No doubt [Jack] will be extremely strong, you can tell from testing the things he’s been doing – he was strong in race pace and in qualifying runs.

"On paper he is the favourite, he’s the highest seeded driver from 2016. It’s going to be very tough to beat him.

"But Fukuzumi has been extremely fast this winter, he made a few mistakes last year which will change this year. No doubt it’s going to be tough."

The 2017 GP3 season opener will have five fewer cars compared to the first round of 2016, and only six teams following Koiranen GP's withdrawal over the winter.

Despite the decrease in numbers, Aitken reckons the quality of the field is "almost as high" as it was last year, when Ferrari protege Charles Leclerc claimed the title.

"The series is still very strong," he said. "Last year I think was a ridiculously strong grid; it was really impressive.

"This year the quality is almost as high, it's really good again even though we lost one team. That's going to be shown by the fact that we will see six or seven different winners this year."