Guanyu Zhou says it was “a good feeling” to not only leave Bahrain as the Formula 2 Championship leader but head a fierce battle among the Alpine Academy drivers.

Zhou was also denied victory in race two after slipping to third on the final lap behind academy rivals Oscar Piastri and Christian Lundgaard, having struggled on worn tyres compared to his counterparts who gambled for fresh rubber.

Race two, however, underlined the hotly-contested battle amongst the Alpine Academy drivers vying to force their way into the Anglo-French squad's F1 future plans.

The academy's trio showcased their star potential throughout the weekend with Zhou pipping Lundgaard to pole by three thousandth of a second.

F2 rookie Piastri also turned heads qualifying and racing strongly to fifth in race one, before passing Zhou on the final lap to record a stunning debut win in race two.

Given the performances of his academy rivals, Zhou admitted it was a "good feeling" to come out on top after the first weekend of the season. 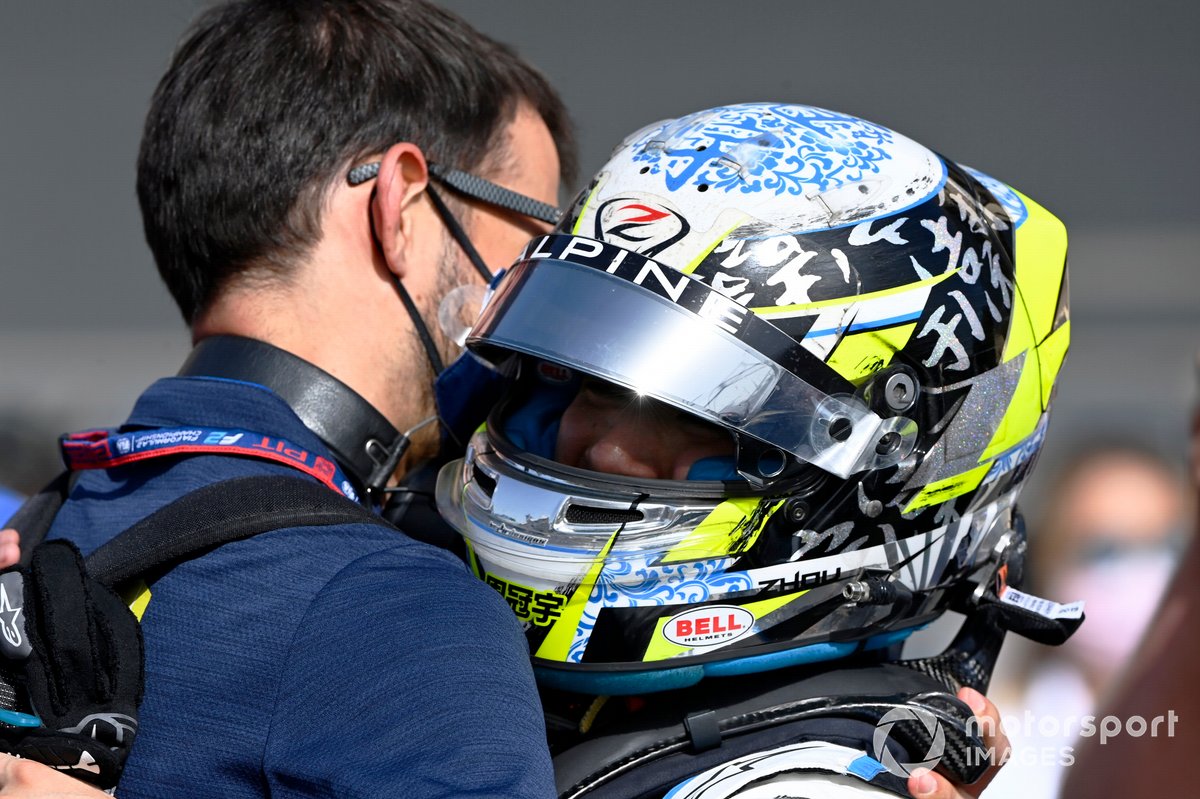 "We are here fighting for our own championship, we race hard but fair, but obviously coming out on top is definitely a good feeling," said Zhou, when asked by Autosport if it was important to get a win on the board after Piastri's triumph.

"Obviously yesterday (Saturday) was a shame, I was gutted that I couldn't keep the lead on the last lap, but we made up for it today (Sunday) and that is the most important thing. It's going to be a long year so I will keep pushing.

"We were all fast. It is going to be a tough fight all the way to the finish."

While the feature race victory made up for the heartbreak of falling short in race two, Sunday's triumph was also a redemption moment for Zhou having lost a likely feature race win to a mechanical issue in last season's opener in Austria.

"It feels like in Austria the win was taken off us due to the issues we had, and this year again we tried to start really strong. We did the job in qualy and also the feature race," he added.

"Considering how crazy Saturday's races were, I didn't really expect to do anything but the key was to take good points and trying to get the win.

"There wasn't any key moments every moment was pretty intense out there especially as I started on prime from pole that is not the strategy that people normally would do.

"It definitely made up for the shame we had last year and right now I'm just super delighted with what we achieved this season, especially at Bahrain, especially compared to our pre-season testing performance and now coming to the real race weekend."

Zhou now leads the standings by 11 points from F2 rookie Liam Lawson, who enjoyed a stellar debut punctuated by a win in his first race in the series, followed by a third in Sunday's feature.

The championship heads to Monaco for round two on 20-22 May.