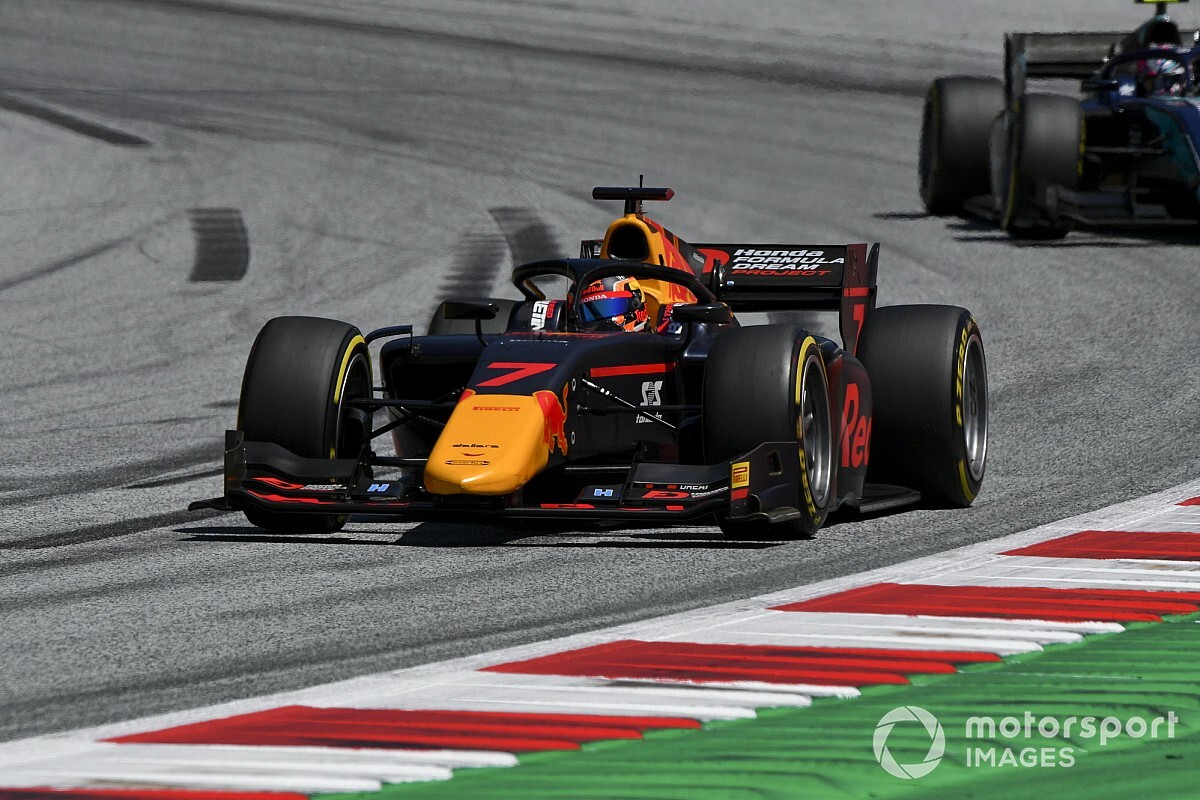 The Japanese, a Red Bull and Honda junior who took a solitary win in his FIA Formula 3 Championship season last year, set a lap on his first of two sets of super-soft Pirelli tyres that could not be beaten.

Tsunoda, who also topped practice earlier in the day, was 0.094 seconds ahead of championship leader Callum Ilott as the field returned to the pits following their first runs.

Ilott shaved 0.009s off his previous best once he got onto his second set of tyres, but that wasn’t enough to prevent him being leapfrogged by Virtuosi Racing teammate Guanyu Zhou.

The Chinese Renault F1 Junior fell just 0.038s short of the time of Tsunoda, who had his slower time on his second set deleted due to running too wide at Turn 9.

F2 veteran Luca Ghiotto sat behind Tsunoda and the Virtuosi drivers in fourth place after the first runs, and the Hitech GP man was another who could not improve – even so, nobody was able to bump him down the order.

Jack Aitken came close to doing that with a last-lap effort – after starting the day driving for Williams in FP1 for the Styrian Grand Prix, Aitken finished up fifth with his Campos Racing F2 machine, a big improvement on his position last weekend.

Prema Racing tried a different strategy for its Ferrari proteges of going out late on their first set of tyres and running in the middle of the session.

That was Mick Schumacher’s first time on track since he spun off at the Turn 7 left-hander in free practice and hit the tyre wall, and he was only able to make it into ninth place in qualifying.

Teammate Robert Shwartzman fared better, and he will start Saturday’s race from sixth on the grid.

Carlin’s other Red Bull Junior, Jehan Daruvala, had looked quick all day but ended up getting overshadowed by Tsunoda on his way to seventh, and he will share the fourth row with ART Grand Prix-run Renault F1 prospect Christian Lundgaard.

Charouz Racing System pair Pedro Piquet and Louis Deletraz were 17th and 18th respectively, and each will face a one-place grid penalty for driving round from the paddock to the pitlane on wet-weather tyres, which is apparently illegal.