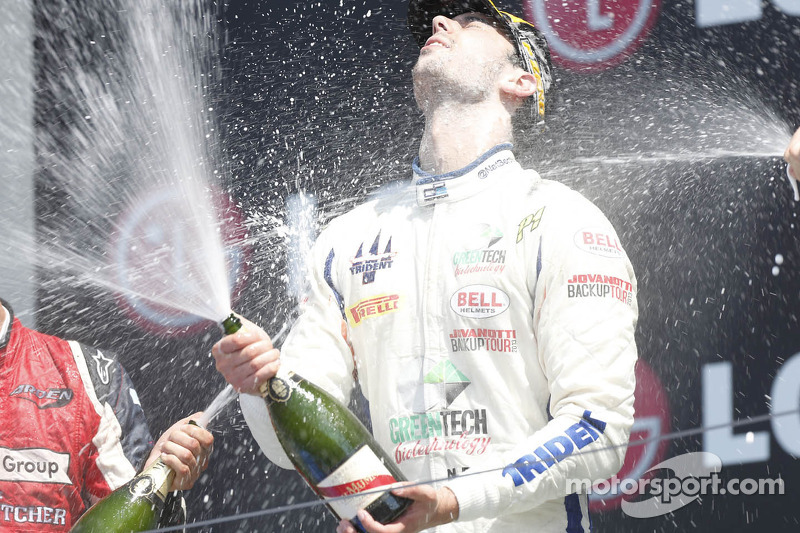 After starting from the pole, Nathanael Berthon dominated the whole 28-lap distance by holding the lead from start to finish.

The Frenchman delivered a perfect start and also held the point when a safety-car condition prompted a re-start after a couple of laps. Berthon set an extremely high pace and ended up with a two-second margin on Mitch Evans and 13 seconds on Fabio Leimer. It's been an huge proof of strength for Nathanael and the whole Trident Racing stable as they finally managed to put their great potential to fruition. Ricardo Teixeira provided the team with some good feedback after being inactive for several months. The Angolan racer ended up in 19th place in a flawless run.

After completing their trip to Budapest, Teams and Drivers of the 2013 GP2 Series will be off for a 4-week break. The next round will be held at the Belgian Spa-Francorchamps venue from the 20th to the 22nd of August. 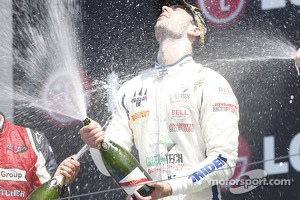 “I'm absolutely elated for this win! This was a well-deserved result which rewards the whole team for the massive efforts made in these weeks. This win is the result of the work we started three rounds ago in an effort to solve the problems experienced in the first part of the season. The car progressively improved up to the current standard. At the Nurburgring we also had good potential, but finally here in Hungary we managed to achieve the results we deserved. I think I managed the race well. I didn't make mistakes at the start and when the Safety-Car entered the track I kept full concentration. I want to thank the whole team and especially Maurizio Salvadori who believed in me at the start of the season. He's been one of the few people who stayed with me in my darkest moments”.

Ricardo Teixeira
“It's definitely been a tough weekend. It ain't easy to go back on-track after 11 months, and the heat really put the cars and drivers to test. Considering the conditions, I'm satisfied with how I performed this weekend. Unfortunately, I was involved in a multi-car contact at the start, so I had to go back to the pits at the end of lap-1 to replace a damaged front wing. That cost me a lot of time but when I re-started I passed Cecotto and got close to the pack I had in front. My pace was good but it's tough to pass on this track. I hope to be back for Spa-Francorchamps and continue with our programme”.

Richelmi closes the Hungarian weekend in 9th place in Race 2