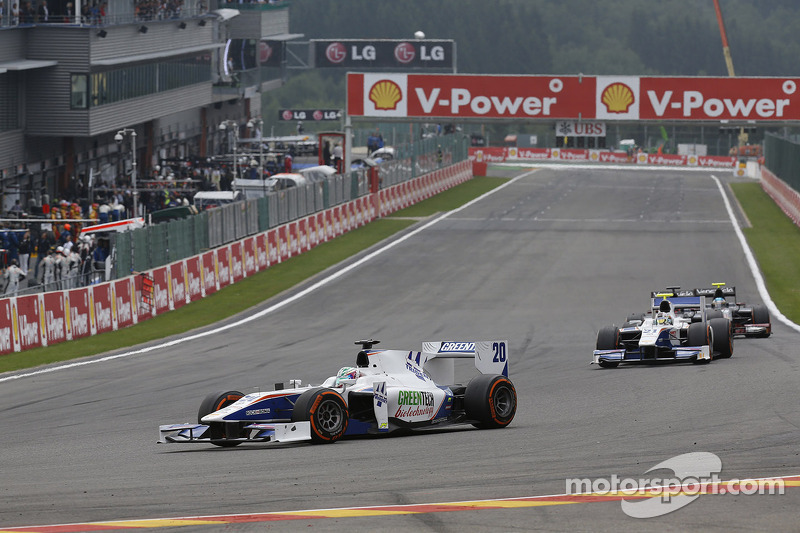 Ricardo Teixeira completed his day in 24th after having been assessed a drive-through penalty from the race stewards.

Trident Racing completed their trip at Spa-Francorchamps today as the Italian team lined-up for Race 2 of the eight round of the 2013 GP2 Series. 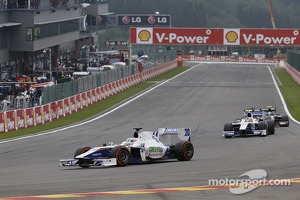 At the end of the day, Nathanael Berthon cruised to a 13th-place finish.

Ricardo Teixeira completed his day in 24th after having been assessed a drive-through penalty from the race stewards.

With the Belgian round of the series now in the history books, Trident Racing is starting to prepare for their home race set from September 6 to 8 at Monza.

For the whole team it will be a chance not to miss as they will be lining-up in front of a friendly crowd.

Nathanael Berthon: “Again, the start hasn't been one of my best, but I still managed to recover 10 positions. The car did not respond as we expected, and I believe this was due to the changes made after Race 1.

Yesterday, the aerodynamics were compromised in a contact and maybe the data collected pushed us in the wrong direction. After the good weekend of Budapest, we had hoped to increase our points tally in standings, but it didn't end up our way”.

Ricardo Teixeira: “At the start, the rear tires spun more than expected and I lost a lot of time. In addition of that, at the first corner I saw my team-mate Berthon's car on my right and to avoid contacts I veered from the ideal line, losing more time. Despite that issues, I managed to gain some ground on Nathanael but the team told me I had to come back for a drive-through.

The decision came for having made contact with De Jong. The contact actually happen, but De Jong braked earlier than usual to let Haryanto go and I really had not many chances to avoid him. After the penalty, and the balance issues following the contact, I just tried to make my way to checkered without further problems”.