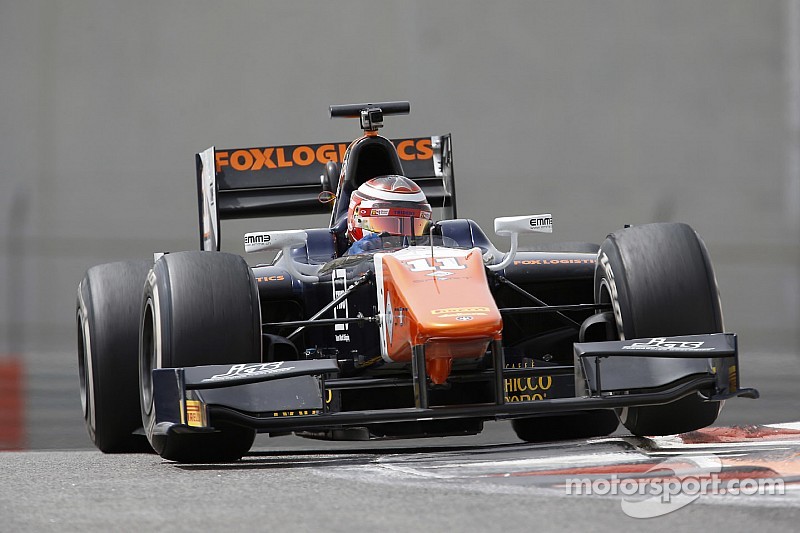 The Team was able to set some remarkable laptimes and a third place with Marciello.

The final preseason test before the 2015 GP2 Series was completed today at Al Sakhir, as Trident and the other teams had a last chance to prepare for the upcoming championship opener set for the 17th, 18th and 19th of April in Bahrain.

During the three days, the work schedule set by Trident had to be modified to accomodate an unexpected sandstorm that hit the track between Day 1 and 2, and also due to some technical issues (unrelated to the Team's work) that jeopardized Binder's early runs.

The Team was able to set some remarkable laptimes and a third place with Marciello. The most important thing though is the large amount of data collected and that will be used during the first round of the series.

Thanks to the hard work between the driver and the technical staff, the team was able to find a good set-up for the car in order to adapt it to Lello's driving style and to this particular track. The work went on without major hiccups and the results are fully positive looking forward to the first round of the season.

"Unfortunately, due to the sandstorm that took place in the last couple of days, we had less useful tracktime to use but we were eventually able to test many set-up solutions both for qualifying and for the races. We needed a little bit of time to find the right balance but in the end I'm really satisfied with the results. The GP2 Series will soon start at this racetrack. The level will be incredibly high this season so it's pivotal to leave nothing unattempted. It's details that will make the difference".

Rene's work was conditioned by the sandstorm and also by engine woes - completely independent from the team - that enabled him to log just a handful of laps and delayed the start of the test for him. In the time left, the Austrian racer and his engineers found several different set-up solutions and in the PM session of Day 3 he was finally able to capture the top-10 in 9th place.

"This final test started late for me due to the engine issues we had in Day 1, but in the following two days the results were good and the work very productive. In addition to the early problem, the track conditions have been tough to manage following to an unexpected sandstorm between Day 1 and 2 and. Nonetheless, the engineers provided me with a quick car that enabled me to improve consistently.
I can't wait to start the season. The biggest challenge for me in 2015 will be to take the best out of the soft compound tires in qualifying, and I think we will have a pretty strong race pace".