Dan Ticktum says his chances of reaching Formula 1 are “pretty much gone” and believes he's “blown his chances” after being dropped by both Red Bull and Williams.

The Carlin Formula 2 driver was let go from the Williams Junior Academy earlier this season, having been with the team since 2019, when he was also dropped by Red Bull.

The 22-year-old says there wouldn’t have been an F1 drive for him with the Grove outfit next year anyway after the renewal of Nicholas Latifi’s contract, but was unable to give details on his Williams exit, although he said there were a “number of reasons.”

But Ticktum says he has “probably blown my chances now" after a incident-strewn junior career.

The controversial driver also admitted to having “opened my mouth far too many times and said things I shouldn’t have said,” possibly referring to critical comments he made about Latifi on a Twitch stream.

Speaking after coming third in the feature race at Monza, Ticktum said: “Yes, my chances in Formula 1 are pretty much gone, I don’t know many other young drivers that get booted out of two programmes. Sounds harsh but that’s what’s happened.

“Whether it was completely justified on both occasions, I can still argue it, but there we go. Like I said earlier, I haven’t been an article that seems to be massively employable in Formula 1, unfortunately.

“Yeah, I’m changing, and I believe I am getting closer to that article everyday, but sadly I believe I’ve probably blown my chances now, so I don’t know what I’m going to end up doing next year.

“If I can’t find a way to win races and earn a load of money in motorsport, I’m gonna dip, basically, so we’ll see where I end up. Hopefully I’ll get some good opportunities and I’m sure I can be very valuable to another F1 team or somewhere over the pond, we’ll see.” 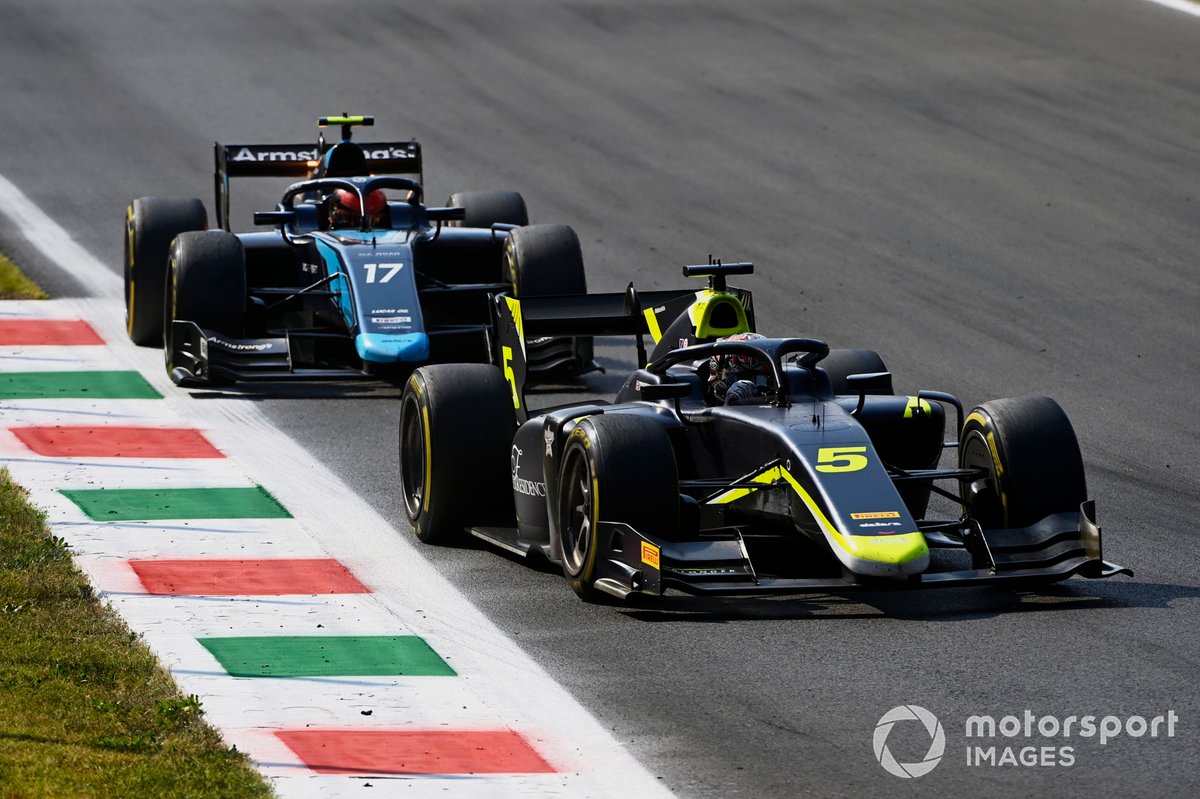 Ticktum said the ending of the relationship with Williams was “very disappointing”, but hopes he still has a chance to make it to the top-tier, although it “isn’t looking promising.”

“We live in a world and our sport is very political and quite unjust, and the best drivers or most talented sometimes don’t get to the top,” he said.

“Whether that’s my fault or not, I’ve opened my mouth far too many times and said things I shouldn’t have said, but I am who I am. I sort of don’t quite fit the modern Formula 1 driver mould, which, as you can tell in my tone of voice is pretty depressing, but it’s life.

“I’m pretty sad to have parted ways with Williams, never say never, but you know, I’m a very fast driver, maybe there’ll be a way back into Formula 1 one day, but it ain’t looking promising.”

Discussing Sunday's feature race, third-place finisher Ticktum believes he could have finished second without the final safety car after a pit strategy gamble paid off.

“I just wish that last safety car didn’t come out, that’s all I’m going to say,” he said. “I think it would have been difficult to get both of them in two laps but I definitely could have had second.”

Ticktum is still hoping to win the championship despite trailing leader Oscar Piastri by 45 points, although he admitted it has been a “pretty tough season for all sorts of reasons, on and off track.”

He said: “I think it’s gonna be tough, but you know, if you have one very strong weekend and score over 40 points, you’re pretty much back there. The gap to Oscar is pretty sizeable now, three races is time but it’s not enough I don’t think, but I’m never gonna give up, I’m always gonna do the best I can.

“I don’t think where I am in the championship is reflective of how good myself and the car has been.

“Yeah, drivers always complain and moan about bad luck, but I talk truth and the reality is I’ve had quite a lot of it this year, so that hasn’t helped. But yeah, we’ll see.”