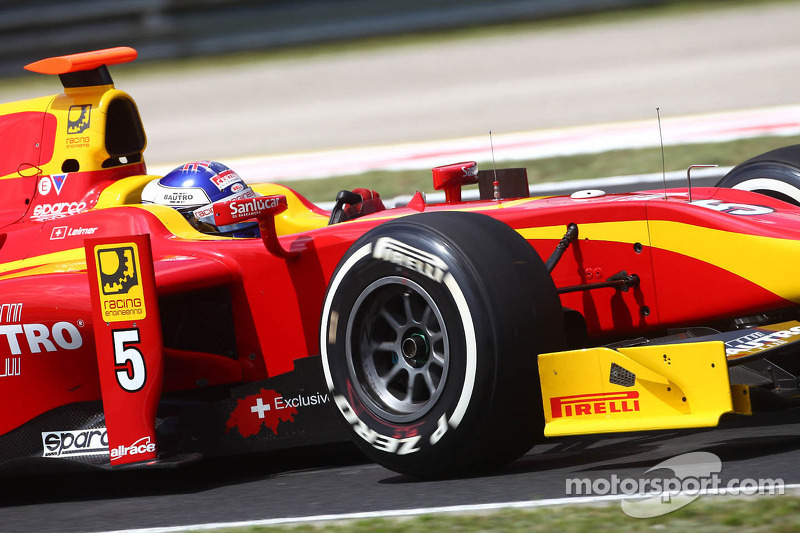 The 2012 GP2 season reaches its final European weekend at the historic venue of the Autodromo Nazionale Monza in Italy. This exciting 5.793km circuit, built nearly ninety years ago, has been the venue of the Italian Grand Prix for every race since 1922. Famed for its long straights and legendary high speed corners such as the Curva Parabolica, Curva di Lesmo and Variante Ascari, Monza has been the site of some of the closest finishes in the history of Grand Prix racing. 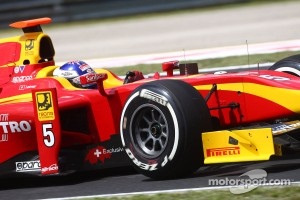 Both of Racing Engineering’s drivers are looking to put the disappointments of last weekend’s Spa races behind them as the GP2 teams assemble in Monza for round 11 of the 2012 GP2 Series. The Belgian weekend saw Fabio Leimer finishing 5th in the Sprint Race after starting 23rd on the grid, following a first lap retirement in the Feature Race, an incredible achievement in just 18 laps. For Nathanaël Berthon it was a weekend to forget as both races were ruined for the young Frenchman by being the innocent victim in other drivers’ incidents but, in both races, he was amongst the fastest cars on the circuit and would have been a serious contender for the podium on both Saturday and Sunday.

For the fastest race in the GP2 calendar Pirelli will be supplying the P Zero Silver hard and P Zero Yellow soft tyres and it is expected that there will be a notable difference in the lap times of the two compounds making the tyre strategy for qualifying and both races very important.

The 2011 Monza weekend saw Christian Vietoris take the win for Racing Engineering from Fabio Leimer in the Sunday race which must make the young Swiss driver a very strong contender for victory and Nathanaël Berthon’s pace at Spa shows that he is now amongst the fastest of the 2012 GP2 Series drivers.

Below Fabio Leimer looks back at Spa and forward to Monza: Fabio, the Belgian GP2 round was not as good as expected, but you nevertheless finished on a positive note given the spectacular Sprint Race on Sunday. How was this race from your perspective?

Yes, the weekend was not great; we had some slight problems in qualifying and had to settle for 8th place. In race 1 I sadly had an accident on the first lap and therefore the race was finished really quickly. Consequently I had to start race 2 from the back of the field. But we saw from Nathanaël's data from race 1 that the car was really fast, but even then did I not expect to finish the race in fifth place.

After Spa, a rather fast track, GP2 moves on to the Autodromo di Monza, another fast and legendary race track. Do you like the track layout?

I like the Autodromo di Monza a lot and have been fast there each year; therefore my expectations are very high. The track layout looks very simple, but that does not make it easy to drive. You cannot make the slightest mistake as there is always a long straight coming up where you can lose a lot of time. I am sure the race will be very interesting as it's a track with several possibilities to overtake and slipstreaming will be a crucial factor.

In your opinion, what will be the main factors to consider in Monza in order to obtain a good result?

Qualifying will be important as the goal has to be to start from the front and so be able to fully concentrate on the race. It looks like it will be a dry weekend so, unlike Spa; the weather conditions should not influence the results.

Throughout the entire season it is clear that you were always one of the fastest drivers on track, yet it has not yet been possible for you to snatch a race win. Do you think it can/will happen in Monza?

I hope I can still win a race this season. We have already shown all season long that we are one of the fastest, but we also often I’ve had a lot of bad luck. But there are still two race weekends left to win a race.