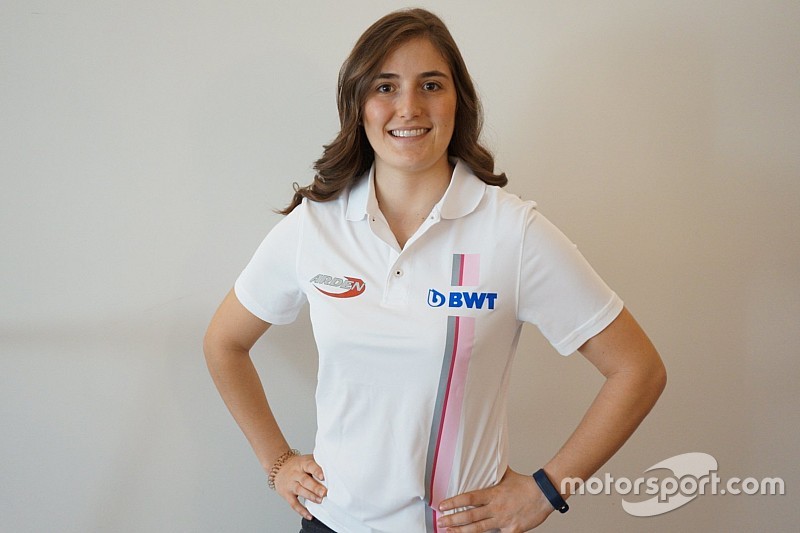 Tatiana Calderon has sealed a step up to Formula 2 for the 2019 season, completing the BWT Arden squad's line-up.

The Colombian, who has been associated with the Sauber (now Alfa Romeo) Formula 1 team for the past two years, will partner GP3 champion Anthoine Hubert at the HWA-affiliated Arden team.

Calderon previously competed for Arden in GP3 in 2016, her first season in the third-tier series, before moving on to DAMS for the '17 campaign and then Jenzer last season.

Her third season was her most successful in GP3, taking a best finish of seventh en route to 16th in the points standings, and she drove for the Sauber-aligned Charouz team in the post-season Abu Dhabi F2 test.

"It is a new challenge in my career and a step closer to my ultimate goal: Formula 1. I’m sure we will achieve great things together. I can’t wait for testing to start next week!"

Arden team boss Garry Horner added: “We are delighted to welcome Tatiana back into the Arden fold.

"Her recent testing results in Formula 2 have been very impressive and I am certain she will be a strong teammate alongside Anthoine.”

Calderon got her first taste of F1 machinery late last year in two outings with Sauber, one in a current car in Mexico City and one in a 2013-spec machine at Ferrari test track Fiorano.

It's not yet clear whether she will maintain her association with the rebranded Alfa Romeo squad for 2019.

The 25-year-old also made her first forays into Formula E over the winter with test appearances in both Riyadh and Marrakesh for the frontrunning DS Techeetah team.