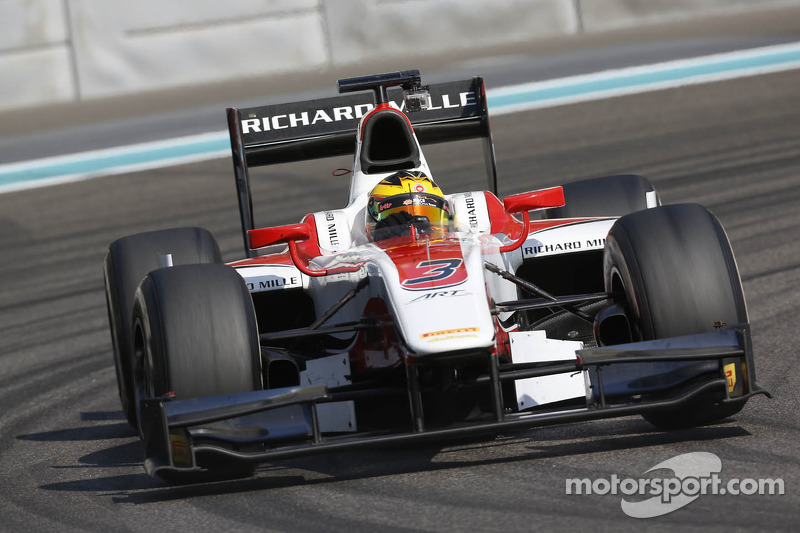 The final day of post season testing took place today at Yas Marina Circuit with a slightly changed field, some drivers who have been testing on the previous days moving to new teams whilst new drivers joined the action.

The pitlane opened this morning and all twenty six cars fed onto the track. Jordan King (Addax) set the early pace ahead of Stéphane Richelmi before a short red flag period as Daniel Abt (Hilmer) stopped on track. At the re-start Carlin’s Jazeman Jaafar claimed the top spot ahead of Stoffel Vandoorne who switched to DAMS today.

The Belgium later improved on the Malaysian’s time by five tenths and led the way. His teammate Richelmi was the first man to dip under 1m50s and with thirty minutes left on the clock, Vandoorne found some extra pace and reclaimed P1. A second red flag period interrupted the proceedings as Rene Binder (Lazarus) also stopped on track.

As soon as the pitlane re-opened for the evening session, Vandoorne wasted no time to top the timesheet and dip under 1m50s, but the Belgium’s laptime was bettered by yesterday’s quickest man Rio Haryanto (Caterham). The rest of the session saw both men fighting for the top stop with the Belgium being the first to break the 1m49s barrier benefiting from cooler track temperatures than yesterday. In the final hour, Vandoorne set a string of flyers with the best one a 1:48.657 – the best laptime of all three days of testing at Yas Marina Circuit.

In the dying minutes of the session, Venturini found some clean air to move up to P2. At the chequered flag, Vandoorne remained top ahead of Venturini, Haryanto, Raffaele Marciello (racing Engineering), Daniel Abt (Hilmer), Tio Ellinas (MP Motorsport), Cecotto, Regalia, Richelmi and Jordan King (Addax).

That’s a wrap to the 2013 GP2 Series season. The paddock will gather early in 2014 for the pre-season testing (dates and venues to be announced shortly).