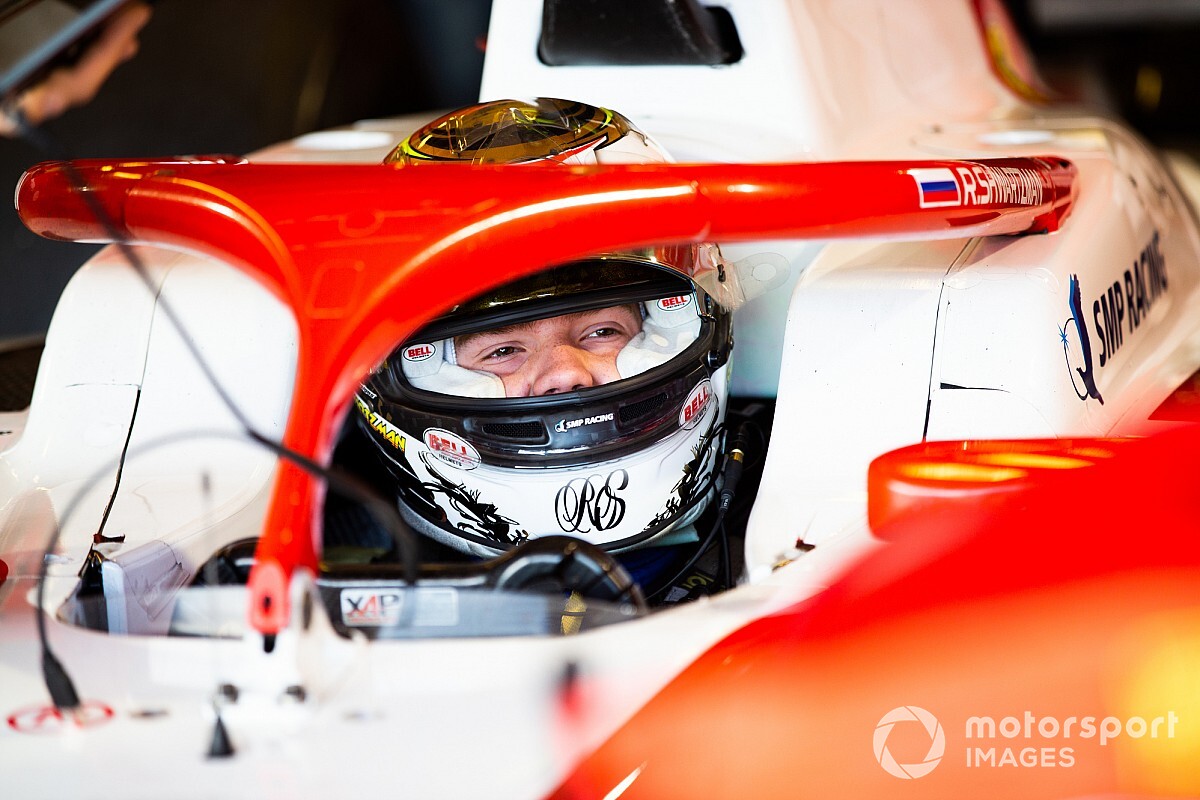 Robert Shwartzman set the pace in practice for the Formula 2 round at the Spa-Francorchamps circuit, leading Red Bull/Honda junior Yuki Tsunoda.

The 45-minute session was red-flagged almost as soon as it began, as HWA driver Giuliano Alesi crashed his car at the exit of pitlane while attempting to warm up his tyres.

When practice resumed with 36 minutes left on the clock, Mick Schumacher went to the top of the timesheets with a time of 1m59.171s, only for Shwartzman to displace him seconds later with a 1m58.874s flyer.

Shwartzman managed to go even quicker still with a 1m58.233s, while Carlin's Tsunoda and Hitech's Nikita Mazepin slotted into second and third, both two tenths down on the Prema pacesetter.

Schumacher managed to improve on his previous time but still dropped to seventh, behind MP Motorsport's Felipe Drugovich, the second Carlin of Jehan Daruvala and Campos driver Jack Aitken.

Amid light rain and a switch to long runs, the top times remained virtually unchallenged in the second half of the session. That meant reigning F3 champion Shwartzman topped a practice session for the first time in 2020, leading Carlin's Tsunoda by 0.211s.

Mazepin finished another 0.011s behind in third, with Silverstone feature race winner fourth quickest ahead of Daruvala.

Aitken finished 0.516s off the pace in sixth, while Schumacher and Luca Ghiotto were classified seventh and eight respectively.

The top 10 was completed by the Charouz of Louis Deletraz and championship leader Callum Ilott (Virtuosi).

Christian Lundgaard, third in the championship heading into the Spa round, languished down in 14th place, one place ahead of Guanyu Zhou.

Juri Vips finished 17th quickest on his F2 debut with DAMS with a time of 1m59.597s, 1.3s down on the quickest lap of the session set by Shwartzman.

Vips' teammate Dan Ticktum didn't take part in practice after returning an inconclusive test for COVID-19, with DAMS saying in a statement that he's awaiting the results of a re-test.

With Ticktum failing to take part in practice and Alesi unable to set a time after his early crash, Guilherme Samaia propped up the timesheets in 20th place in the second of the Campos cars.

Ticktum cleared to race at Spa after negative COVID test