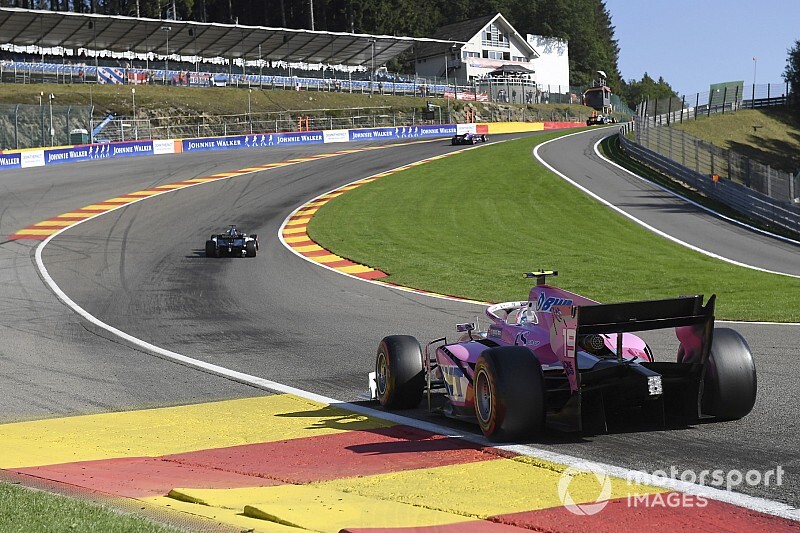 The Formula 2 feature race at Spa has been cancelled after a high-speed crash at Raidillon brought out a red flag on the second lap.

Multiple cars were caught up in an accident at Raidillon, with Juan Manuel Correa hitting Anthoine Hubert at speed after the Frenchman had already suffered an impact against the barrier.

Medical crews arrived at the scene shortly after the accident.

Giuliano Alesi, also involved in the accident, made it to the end of the Kemmel Straight before pulling over, while his Trident teammate Ralph Boschung got back to the pits with a puncture.

Marino Sato was also involved and walked back to the paddock.

Championship leader Nyck de Vries had been on pole and maintained the race lead after the first lap.