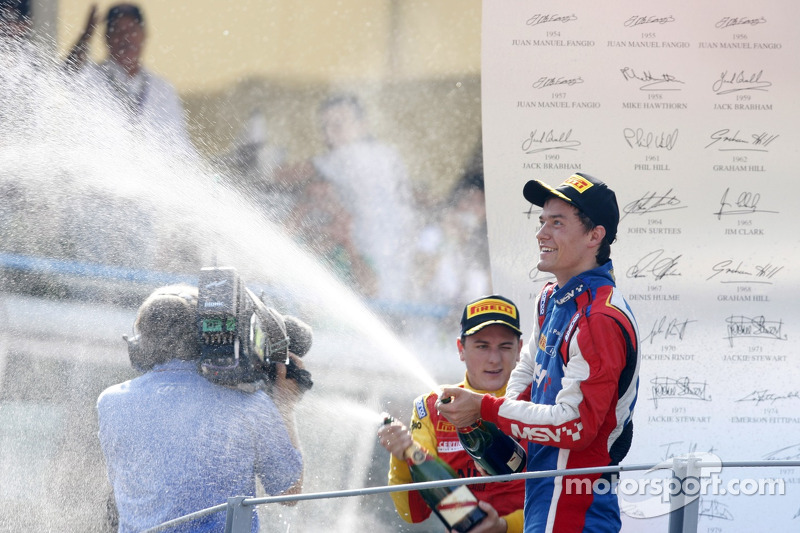 West Sussex racer Jolyon Palmer produced a brilliant performance during last weekend’s GP2 rounds at Monza, with two points finishes including a superb podium in Sunday’s Sprint Race – his third of the season following a win at Monaco and top three finish at Silverstone. 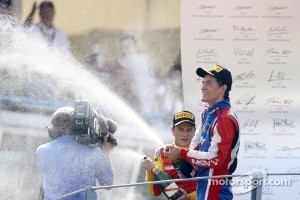 The 21-year-old from Southwater headed into the event full of confidence having won at the famous Italian circuit twice before during his 2010 F2 season – in which he finished runner-up.

Jolyon began Saturday’s longer Feature Race in 15th position but thanks to a great start was able to gain five places during the opening lap. He continued to push throughout the race, showing strong pace and overtaking prowess, including a great move on Lotus driver Esteban Gutierrez with the two going side-by-side through Turn 3 – where drivers hit speeds approaching 180mph – before passing him on the inside of the next chicane.

In the closing stages, Jolyon was up to seventh but just couldn’t find a way past Davide Valsecchi ahead as the chequered flag came out – having gained a total of eight places. "That was a great race!” said Jolyon. “I got a good start and made a few positions and then was running ninth. I lost a place to Gutierrez when I rejoined after the pit stops but then after following him for several laps I managed to pass him after a fraught battle. From then on I caught Valsecchi but couldn't pass him so I ended seventh.”

For Sunday’s Sprint Race, Jolyon started from the front row due to the championship’s reverse grid system but made a slow getaway as the lights went out to lie fourth in the early stages. He quickly regained his podium spot though with a great move around the outside of Stefano Coletti at Turn 1.

He then set about chasing down second-place Fabio Leimer whilst also keeping Coletti at bay behind him. In the closing stages he pulled away from his challengers to finish comfortably on the podium and move to 11th in the drivers’ standings.

“I got a poor start and lost a couple of places,” said Jolyon afterwards. “I then managed to pass Coletti for third at the start of the second lap. For the first half of the race I had good pace and was running comfortably behind the leaders. Then the pace started dropping and I came under pressure again from Coletti and then my team-mate Ericsson. I defended hard and was happy to hold on to the podium in the end. Now I’m looking forward to the final rounds in Singapore in two weeks time.”

Hardest weekend of the season for Lotus GP at Monza