McLaren junior Stoffel Vandoorne became the 2015 GP2 champion after finishing fourth in the Sochi sprint race, which saw Richie Stanaway hold off Rio Haryanto to take his second win in the category. 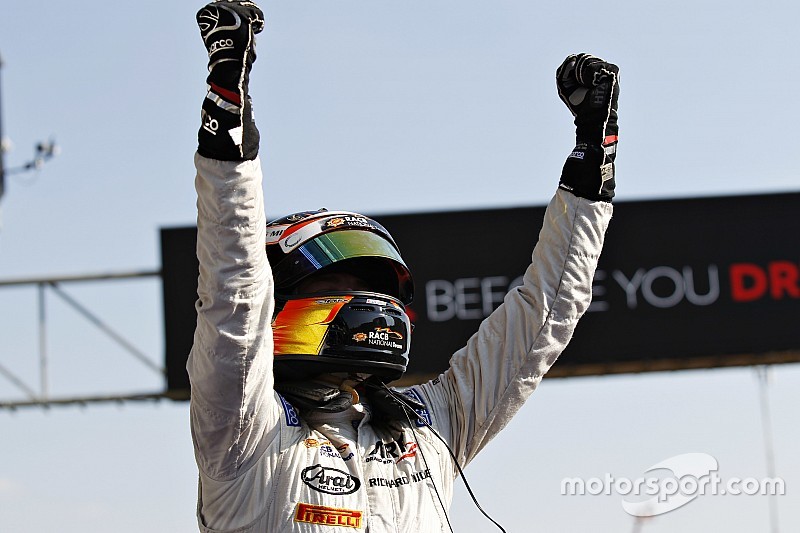 Having made similar getaways off the line, front row starters Arthur Pic and Stanaway were side-by-side with Stanaway not giving up the inside line of Turn 1, which earned him the lead.

Committing to the outside line of Turn 2, Pic was unable to take the corner and allowed Campos teammate Rio Haryanto to sneak past.

Two separate incidents at the chicane brought out the safety car, when Marlon Stockinger’s car got stranded at the chicane with Rene Binder on the rear of his car.

Dean Stoneman retired at the same spot as he was hit by Sergey Sirotkin, the Russian turning the debutant, pitting with front wing damage and later on receiving a 10-second time penalty.

After the restart, the duo of Stanaway and Haryanto pulled away from Pic, who had to defend from Pierre Gasly.

The DAMS driver made an overtaking attempt on lap 5 only to run wide and lose two spots to Raffaele Marciello and Stoffel Vandoorne but not letting seventh-placed Alexander Rossi through.

It was then Marciello all over Pic and, although his first move proved to be unsuccessful, another one later on saw him passing the Frenchman with Vandoorne quickly finding his way past as well to start chasing Marciello for the final podium spot.

Following a fastest lap, he started to put massive pressure on the Ferrari junior but the Italian withstood the pressure and soon closed the gap behind Haryanto, who had a couple of slow laps.

However, Marciello was still forced to defend from Vandoorne as the Belgian continued to attack, allowing Haryanto to pull away once again.

Following 19 laps in the lead, Stanaway started to lose pace, and Haryanto was all over him for the final two laps.

Haryanto claimed the lead just as the safety car was deployed due to a massive crash for Johnny Cecotto, but Stanaway took the position back.

With no more laps left, Stanaway brought the car home to claim his second GP2 victory with Haryanto and Marciello completing the podium.

Vandoorne had to settle for fourth followed by Gasly, whose race is under investigation for overtaking Marciello behind the first safety car and Rossi, who had to keep Nobuharu Matsushita at bay.

Pic ended up eighth after missing a turn while running fifth as the top 10 was completed by Mitch Evans and Norman Nato.

Stanaway returns to GRM for Sandown