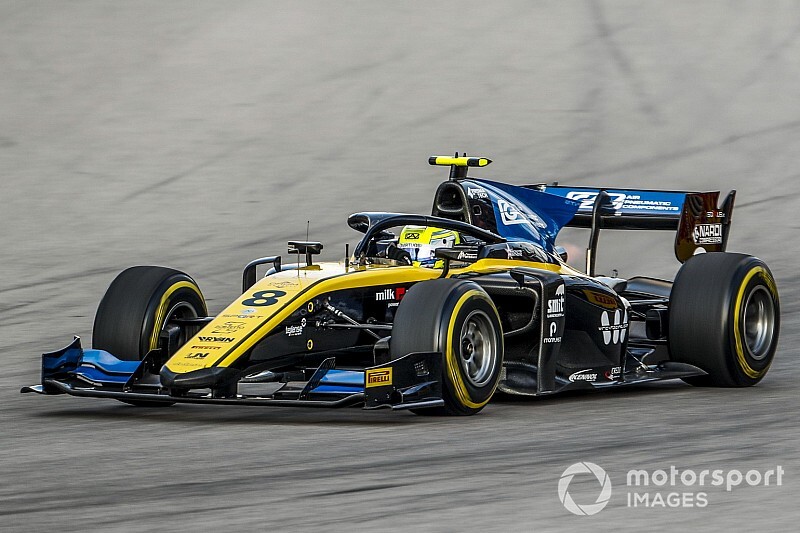 On lap one a huge crash between polesitter Nikita Mazepin and Honda junior Nobuharu Matsushita triggered a shake-up in the order, after they hit the barriers at the exit of Turn 2.

The three ran line astern with Sauber Junior Team driver Ilott able to stick with the batting lead duo, and the fighting meant the top six were able to close in to form a train.

The top six were together for the last two laps, de Vries leading the fighting pack, but every time he tried to pass with DRS, Ghiotto placed his car perfectly to resist his advances.

It was the Italian’s third win of the year and extends his gap in third in the championship – vital for the 40 super license points it provides.

De Vries eventually finished just 0.7s behind in second, with Illot completing the podium spots after another strong run.

McLaren development driver Sergio Sette Camara finished fourth on the road but a five second penalty for leaving the track and gaining an advantage – which he detested on the radio – dropped him back to sixth.

Sean Gelael earned his best result since Baku in seventh for Prema Racing, with a comfortable gap to the last points scorer, Giuliano Alesi.

Jordan King passed Artem Markelov for ninth late on, the duo having started 12th and 20th respectively. Markelov got a demon start and ran as high as eighth in his debut with Arden after retiring on the first lap of the feature race one day before.

Matevos Isaakyan scored 13th for his best result of his debut F2 weekend with the Sauber Junior Team.

Matsushita to be kept in hospital after Sochi crash