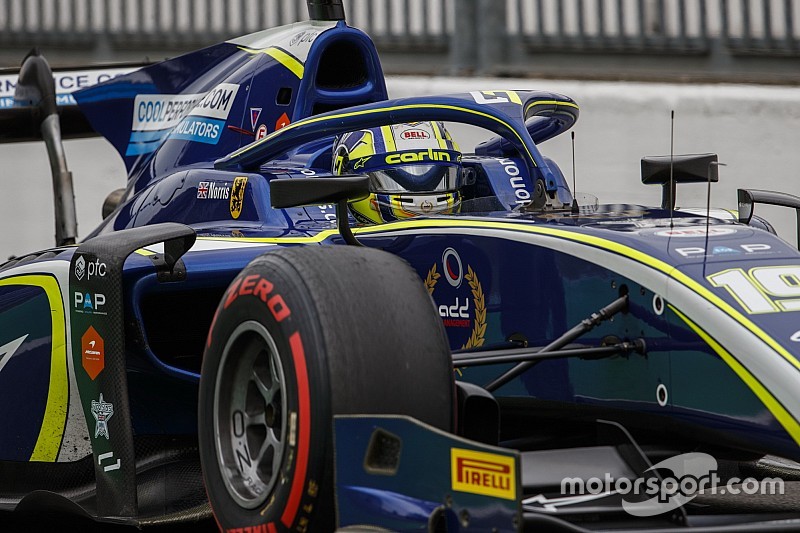 Both title rivals set their best times with 30 minutes remaining, with Norris - who had driven the McLaren MCL33 earlier on Friday in F1's FP1 session - doing a 1m48.231s and Russell lapping four tenths slower.

Russell looked set to take the lead a few minutes later, having set the fastest first and second sectors, only for him then to run off track.

Neither the championship leader nor Norris improved for the rest of the session, the latter keeping hold of first place.

Nyck de Vries moved ahead of Russell and closed the gap to 0.172s behind Norris in second.

DAMS driver Nicholas Latifi was fifth with Tadasuke Makino, Jack Aitken and Alex Albon all less than a tenth behind the Canadian.

The top 10 was completed by Italian duo Luca Ghiotto and Antonio Fuoco.

Arjun Maini did not set a representative laptime, as he ended the session over eight seconds slower than Norris.