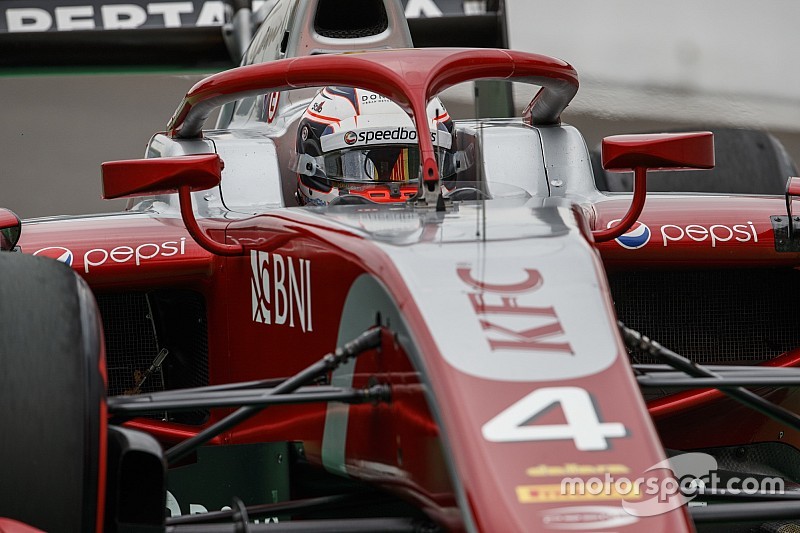 Russell led the way for much of the session after a stunning opening lap, only for the Dutchman to unseat the championship leader late on and claim his second pole in F2.

ART Grand Prix driver Russell struggled to improve on both of his final flying laps and to add insult to injury, Norris jumped him at the death.

The 2019 McLaren F1 driver has struggled with qualifying in F2 all season and appeared to be out of sorts in this session, until a brilliant last lap aboard his Carlin car sealed second.

With neither of the leading title contenders picking up the four bonus points for pole, Norris trails Russell, who starts third in Saturday’s feature race, by 22 points.

Makino's Russian Time teammate and FP1 Renault F1 tester Artem Markelov could only manage 19th, the slowest of those to set a representative lap as Arjun Maini’s early spin meant he brings up the rear for Trident.

Roberto Merhi, who started the season with MP and sat out the two most recent rounds before joining Campos, was 12th on his return.