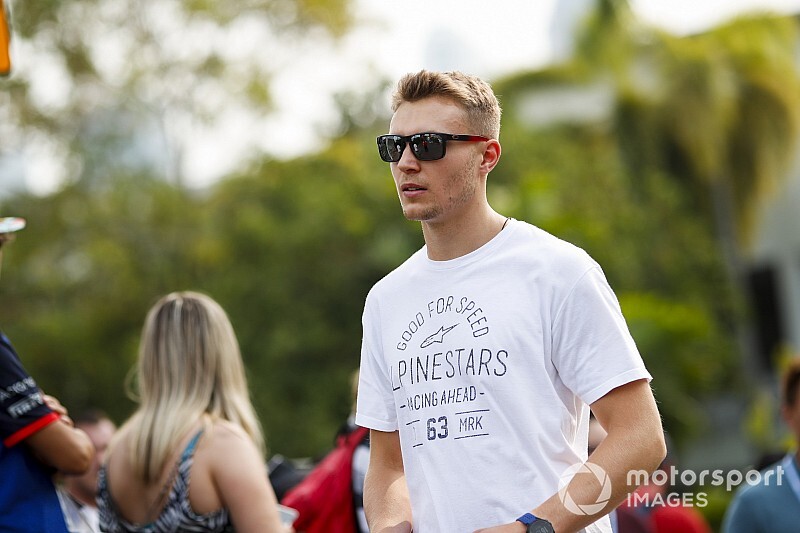 ART Grand Prix announced on Friday that Renault junior Lundgaard would be forced to miss the test on March 1-3 because the coronavirus epidemic meant he had become stuck in Tenerife, where he was taking part in a training camp.

As such, the French team has called upon the services of Sirotkin, who finished third overall in GP2 in 2016 with ART before going on to contest a full season of F1 with Williams in 2018.

The Russian joined SMP Racing's LMP1 programme - which was operated by ART - after losing his F1 drive, but hasn't raced since last year's Le Mans 24 Hours.

“I am very pleased to receive such an offer from ART Grand Prix," said Sirotkin. "I admit, it was unexpected for me. I want to thank the team for choosing me among a large number of other drivers, and for its trust.

"I will be very pleased to be back behind the wheel of a racing car, and I will try to do a good job and help develop the machine with the new tyres, and in accordance with the new regulations.”

Sirotkin has experience of the 18-inch Pirelli tyres that will be introduced in F2 this year as part of his testing work for Renault, for which he acted as reserve driver last year.